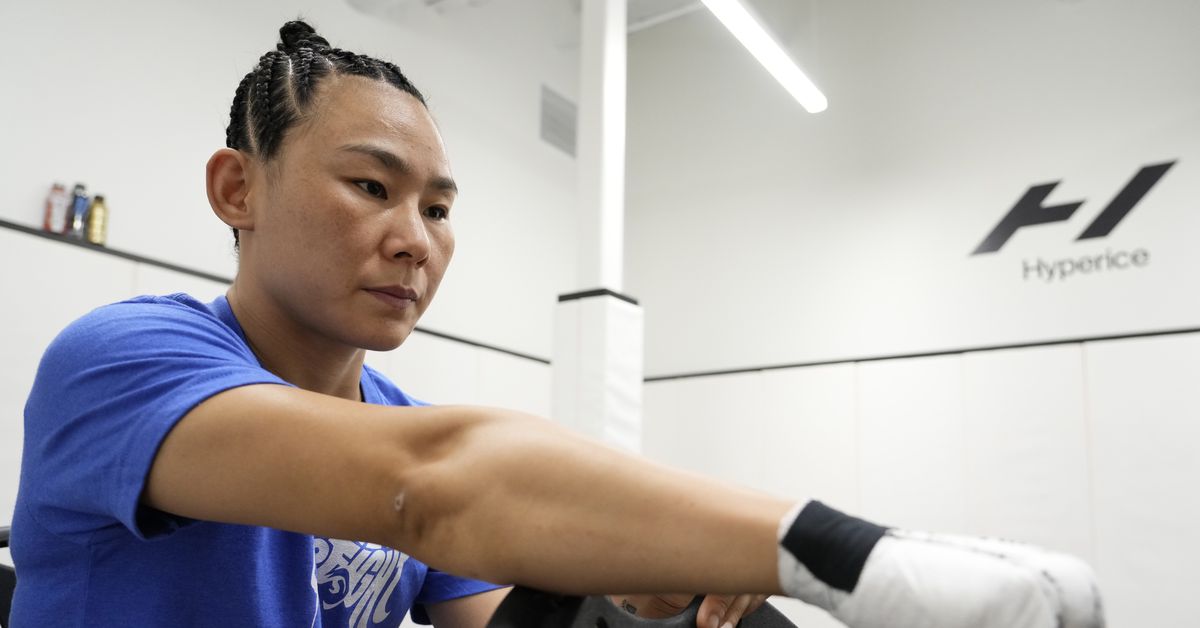 Even from a young age, Yan Xiaonan was always destined to be a fighter.

The Chinese strawweight recently scored the biggest win of her career at UFC Vegas 61, halting a two-fight losing streak with a hard-fought majority decision over Mackenzie Dern in her first UFC main event. The result was exactly what Xiaonan needed with her back against the wall — a statement-making performance to reestablish herself as a contender in the 115-pound division. And it wasn’t the first time Xiaonan responded to adversity with resolve, as she revealed this week on The MMA Hour with a story of her childhood.

“[I used to] fight a lot,” Xiaonan said through a translator. “… All the boys who were older than me, bigger than me … they bullied me. When we [were] playing some games or doing sports, I always did better than anybody, so they disliked me, just bullied me.

“I never fought with girls. Just the boys. … I think I only lost one time. And then I went back home crying to my parents and they told me, ‘Don’t cry. Fight back. Next time, fight back. If you don’t fight my back, you come home, I will [smack you].

“My dad, he’s a fan of martial arts, and even when I was a kid, I was a very naughty girl but he just encouraged me to fight and let me learn the martial arts,” Xiaonan continued. “So you can see, he brought me into this path of the martial arts.”

Xiaonan, 33, called her father her own personal hero for guiding her down the martial way. And they’re both glad he did.

Xiaonan was MMA Fighting’s No. 7 ranked strawweight in the world prior to her win over No. 6 ranked Dern, and her UFC run has been stellar. Xiaonan holds a 7-2 record in the promotion, with her lone losses coming to the division’s current champion Carla Esparza and a split decision setback to top contender Marina Rodriguez. Outside of that, she’s been difficult to beat, notching big wins over Claudia Gadelha, Karolina Kowalkiewicz, Angela Hill, and now Dern as well.

Yet even after 20 professional fights, Xiaonan’s father still can’t but fret about the same little girl who he once sent marching back to the playground to confront her childhood bullies.

“He is very nervous, more nervous than me,” Xiaonan said with a laugh. “Each time before my fights, I see him [going] into the bathroom several times.”

For Xiaonan, her latest win served as proof that the adjustments she’s made in her career are working. She survived several scary sequences on the ground against Dern, who is easily one of the most decorated female grapplers to ever compete in MMA, and she gave all the credit to her work with her new team in Sacramento, Urijah Faber’s Team Alpha Male.

Xiaonan uprooted her life to Sacramento in 2021 following her loss to Esparza and has been stateside ever since. It’s been difficult to be so far from home for so long, and she hopes to visit China again by the end of 2022 or early next year, but career-changing performances like the one she displayed at UFC Vegas 61 make all that sacrifice worth it in the end.

“I miss my family over there [in China], but my dad was here this time and that made me happy and it made me feel easier. But I still miss my mom and my three dogs at home.”