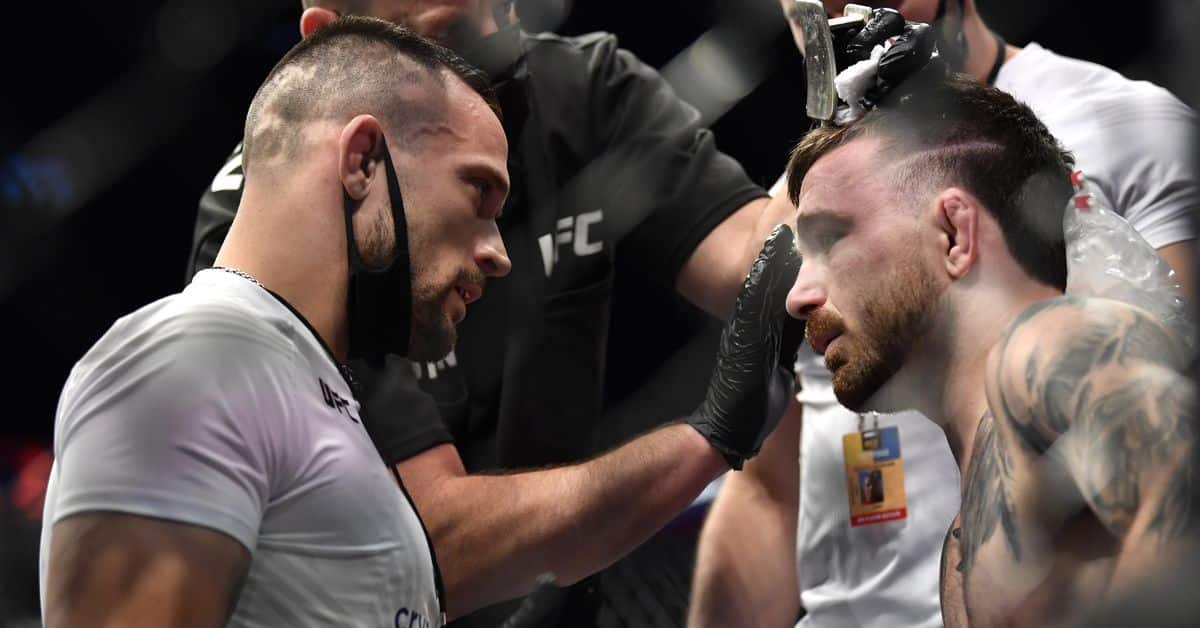 The UFC is putting as much distance from itself as possible from James Krause and Darrick Minner.

On Friday, the promotion’s chief business officer, Hunter Campbell, announced to fighters in an email that Krause’s Nevada license has been suspended on Nov. 18 and any fighters associated with him will not be allowed to participate at UFC events until the resolution of “government investigations,” MMA Fighting’s Damon Martin confirmed. Additionally, the promotion released Minner from contract.

A request for comment to the Nevada Athletic Commission wasn’t immediately returned.

Minner, 32, faces a potential sanction from the Nevada Athletic Commission, which oversaw UFC Vegas 64, for not disclosing a leg injury he had before his loss to Shayilan Nuerdanbieke. The commission said Minner’s actions “had all kind of effects on betting lines.” In fact, the odds swung in favor of Nuerdanbieke in the hours before the fight as he finished as a -420 favorite, up from -220.

“Along with the safety and health of its fighters, UFC believes there is no more component of professional mixed martial arts than the integrity of the sport,” Campbell’s letter read. “UFC will continue to take all necessary and appropriate steps to ensure compliance with an enforcement of its policies and those of the jurisdictions in which it operates.”

Krause is Minner’s longtime coach and was the public face of one online bookmaker. He also ran a Dischord server where he advised fans on MMA bets. After the suspicious betting activity was flagged by a U.S. betting integrity firm, he shut down the service.

Regulators have also zeroed in on Minner’s longtime coach The former UFC fighter shut down the server, but he was banned in New Jersey from betting on fights where he was involved as a coach, trainer, promoter, or fighter.

Several weeks before UFC Vegas 64, the UFC moved to stop fight wagering by athletes on its roster (or via third parties) by making it a part of the little-used Code of Conduct. Unclear at the time was how the promotion planned to enforce the edict, though at UFC Vegas 65, Krause charge Miles Johns said his coach had been suspended by the UFC. The promotion denied suspending him, and the NAC would not comment on the situation. Krause has not commented publicly on the situation.

The UFC has tried to distance itself from allegations of suspicious betting activity, pointing to a partnership with a betting integrity firm and promising an investigation into the matter. So far, no findings from the investigation have been announced.

Minner’s loss at UFC Vegas 64 marked his third straight setback in the octagon. His overall UFC record was 2-4.

Here is the full letter from Hunter Campbell, per Ariel Helwani.