When BMW revealed their top-of-the-line model back in 1977, they introduced the ‘7-Series’ name for the first time, this was the E23 model, and it became BMW’s full-size sedan for the Seventies, now I get that the European idea of ‘Full-Size Sedan’ wasn’t quite the same at a full-size sedan in the United States, those were land yachts, the BMW 7-Series E23 looked compact next to those behemoths, but this new model did introduce quite a lot of novelties for BMW, like a ‘check control panel’ and ABS, anti-lock braking … the 7-Series became a trendsetter for the make from Bayern.

The E23 did look like a larger version of the family size 5-Series at the time, with a relatively round corner body style, the E32 that replaced this first edition in 1986 looked more majestic, with an impression of being a lot larger than her 5-Series counterpart, built between 1986 and 1994, this was a very beautiful car indeed, a large car for European standards, but still elegant, and she offered an amazing driving experience, especially with the big V12 engine for the 750i model, the first car in BMW’s history with a speed limit set at 250 km/h, note that a BMW 7-Series was only available as a four-door sedan, in either a standard wheelbase or a longer wheelbase, aptly called the ‘L’.

In 1994 the next generation came along, the E38, made famous in the movie ‘Tomorrow Never Dies” from 1997 when none other than James Bond gets behind the wheel of a silver metallic 750iL with lots of ‘Q’ gadgets, and to be honest, this series was among the most beautiful ever, thanks to a clever combination of dark painted side sills, this already large car looked even longer and lower than it really was, and as diesel-powered cars are very popular in Europe, the E38 became the first BMW 7-Series to be available with a diesel engine, and you could opt for a built-in TV on this model.

In 2001 came the first blow to the until now beautiful design of BMW cars, the E65 model, later succeeded by E66, E67, and E68, but all looked more or less the same with minor, mid-life facelift design changes and upgrades for the interior and engine, but the styling was just … different, especially the strange luggage cover at the rear, which seemed like an afterthought on top of the round rear fenders, this model did get the first direct-injection V12 on a production car.

Things changed for the better when BMW introduced the fifth generation of their flagship sedan, the F01 in 2009 that would remain in production for six years until the G11 took over in 2015, and at first, this one was a large, albeit good looking big Bimmer too, but that changed in 2019 with the reveal of the facelift … with a massive front grille, something it seems the BMW styling team intends to it to all new cars they design, and customers are a little divided on this new look for the famous BMW ‘kidney-grille’ … to say the least. 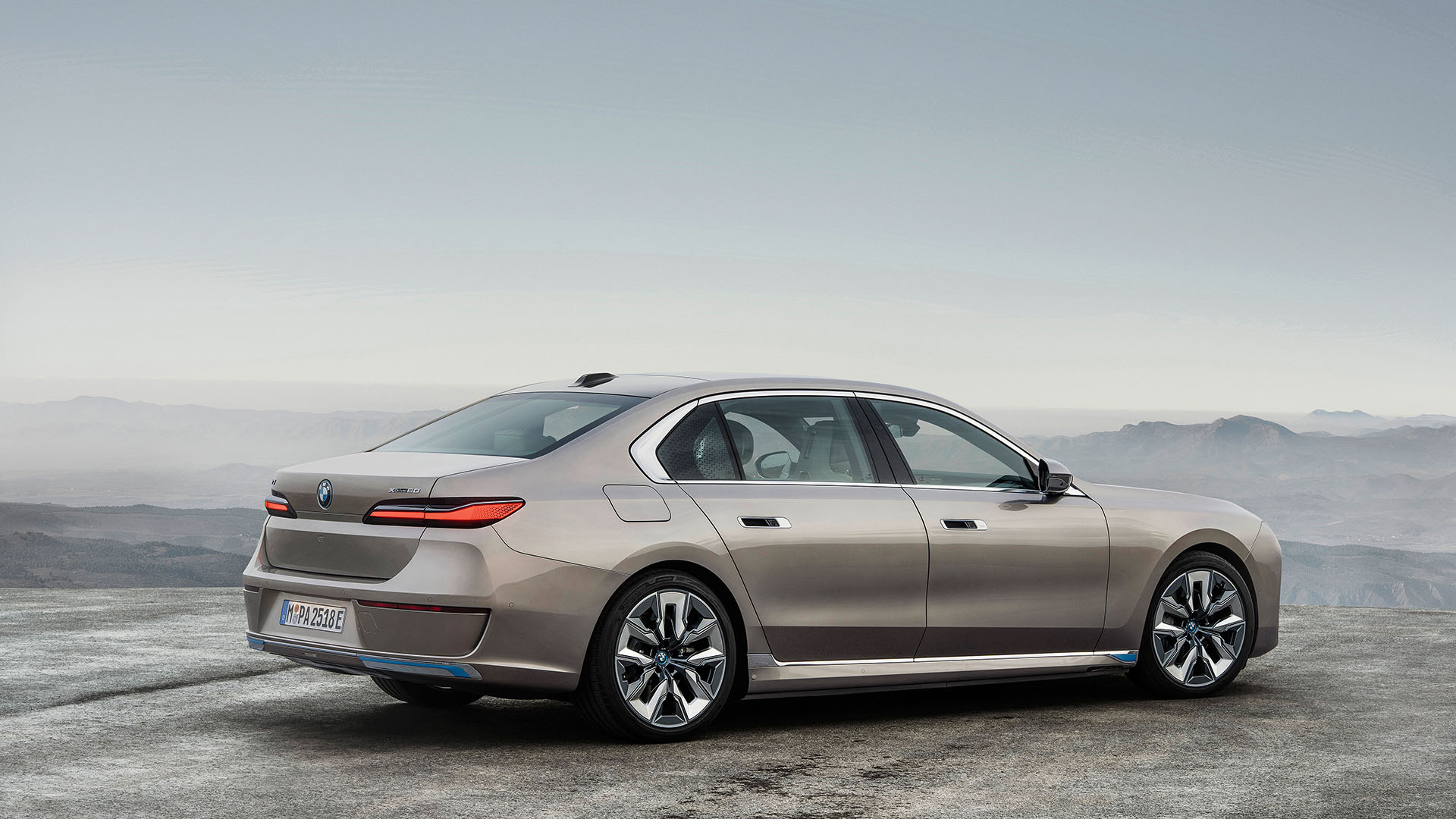 And new BMW takes their big limousine to the next generation, the G70, and while the interior is still a trendsetter in this segment, more on that later, the exterior is once again very controversial, the rear is ‘special’, but it is the rather strange front styling that has raised quite a few eyebrows, some like it, some hate it, there seems to be no middle ground with this new approach, and while I’m not going to bore you with the official statements found in the 29-page long press release, I will go over some details to ‘paint a picture’ of what BMW has in store for us when it comes to luxury flagship four-door models. 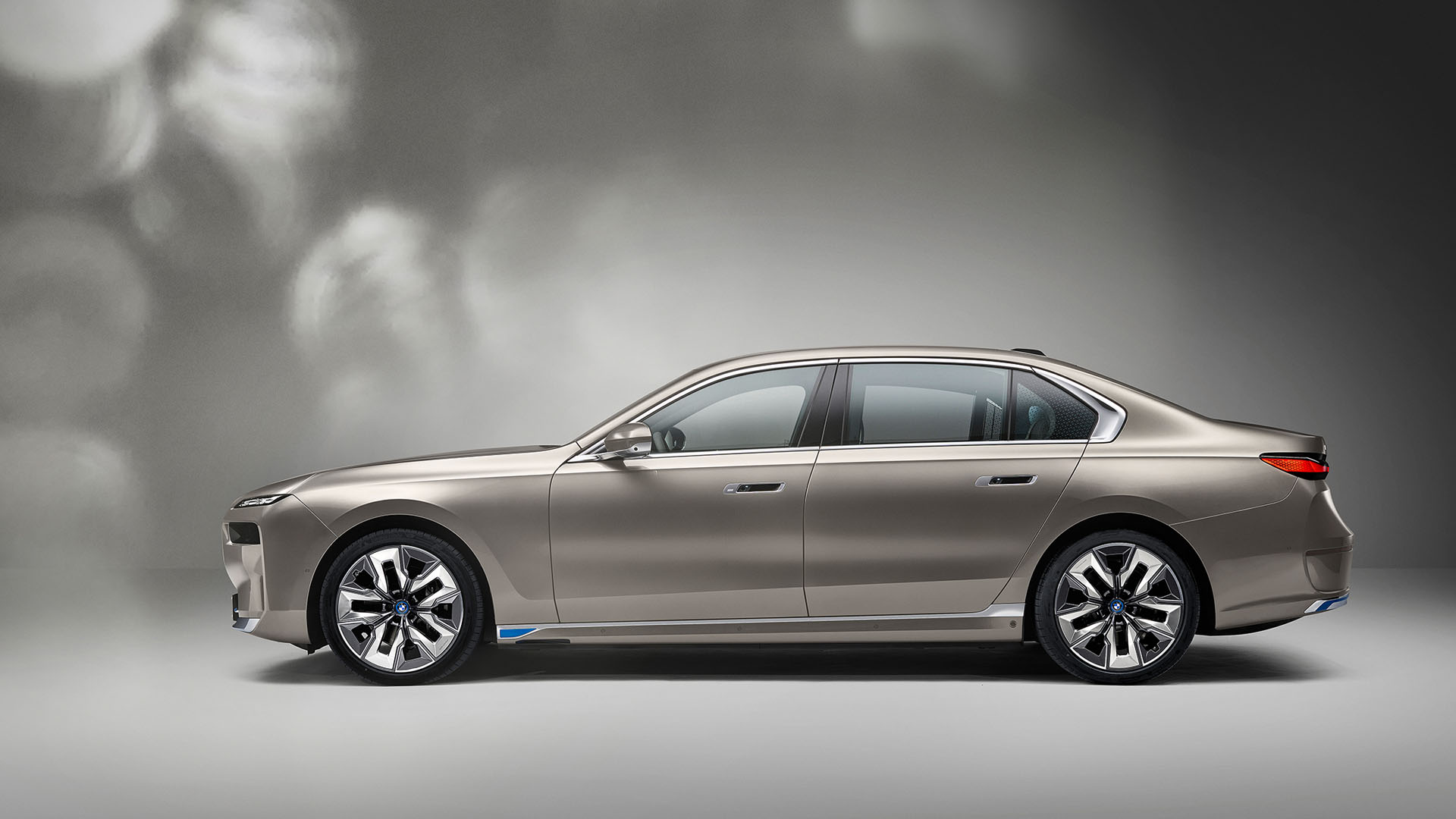 The new BMW flagship is initially introduced as the i7 xDrive60, an all-electric sedan, while a plug-in hybrid 750e xDrive and an M760e xDrive will join the line-up in 2023, the absolute flagship, the i7 M70 xDrive will come along in late 2023, if you opt for the ‘L’, or the long-wheelbase version of the G70 you can choose from either Excellence or M Sport trim, this model will also be built at the BMW Group Plant Dingolfing and first deliveries of customer cars is foreseen by December 2022. 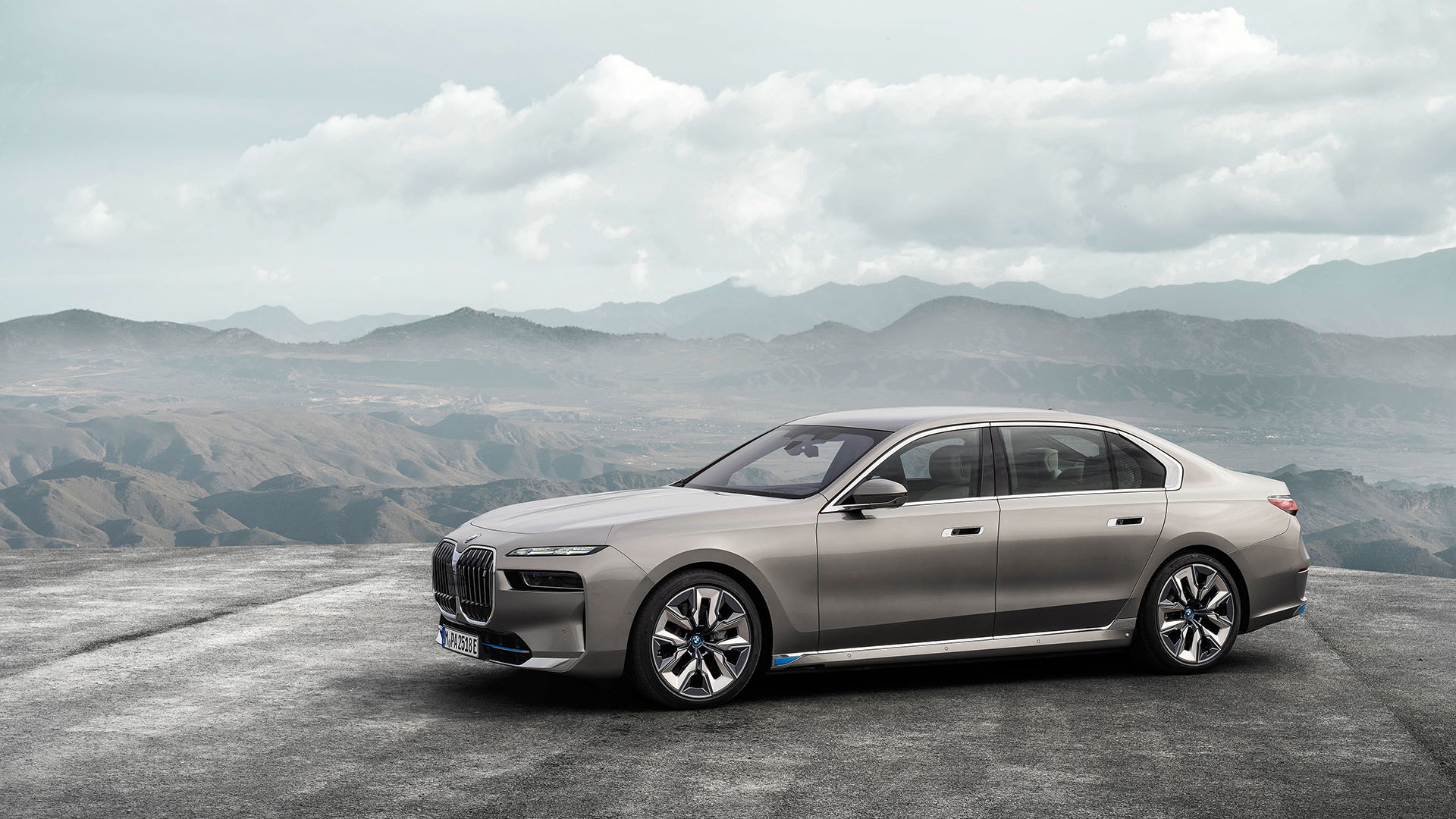 Let’s talk about the elephant in the room, the front of this new G70 7-Series, with the split headlight we’ve seen on the new X7, but also the illuminated BMW kidney grille, and while some might not like the two-piece split headlights, it will be a distinctive feature for the luxury models from BMW, a way to set them apart from the ‘lesser’ models in the lineup, and quite frankly, I have to admit this reminds me of the front of the Rolls Royce Phantom in her seventh generation (from 2003 to 2012), remember that car also came with rectangular lights above a pair of round headlights alongside her massive grille … a somewhat more modern interpretation we see on this next-generation BMW 7-Series. 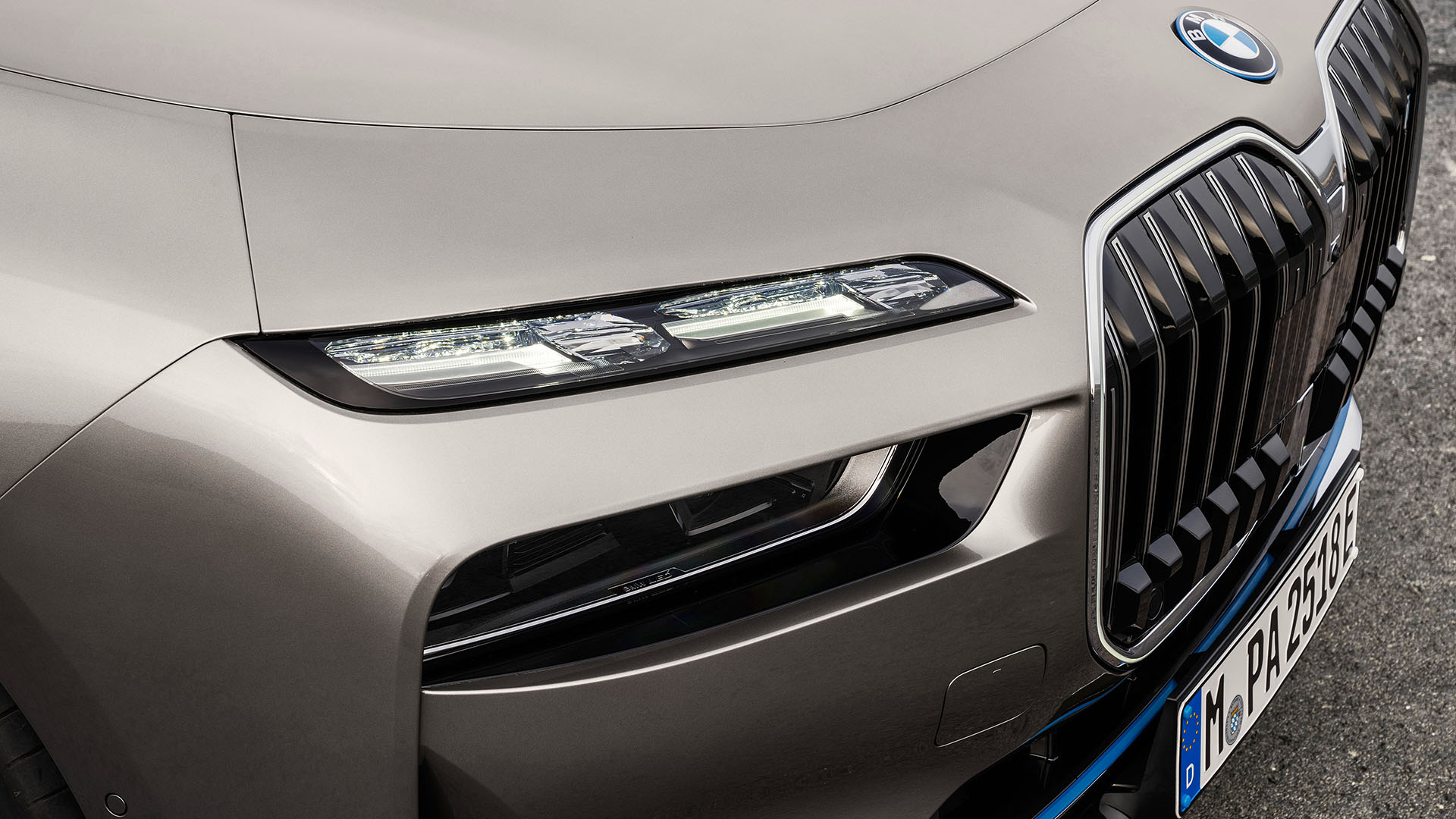 Being ecologically conscious, BMW stated there will not be a V12 powered version in this new G70 generation, but there will be an M60 and M70 models later on, which bring some amazing M Sport touches to both the exterior and the interior, making this large car (she’s 130mm longer compared to the previous generation) look somewhat sporty, but as usual, it’s all about the luxurious interior inside a BMW flagship, and here the new G70 shines, with massive displays both at the front and the rear, reclining seats for the rear passengers, and automatic doors with bespoke control modules in the rear … they almost look like an integrated tablet on the door panel.

Now I could go on and on about the innovations BMW fits into this new flagship, how charging works, or how by 2024 the cast aluminum wheels will be manufactured using green electricity only, but I’m just going to let you enjoy a large number of photos of this new car instead, so you can make up your mind if you would like to put your order in for this new G70 edition: 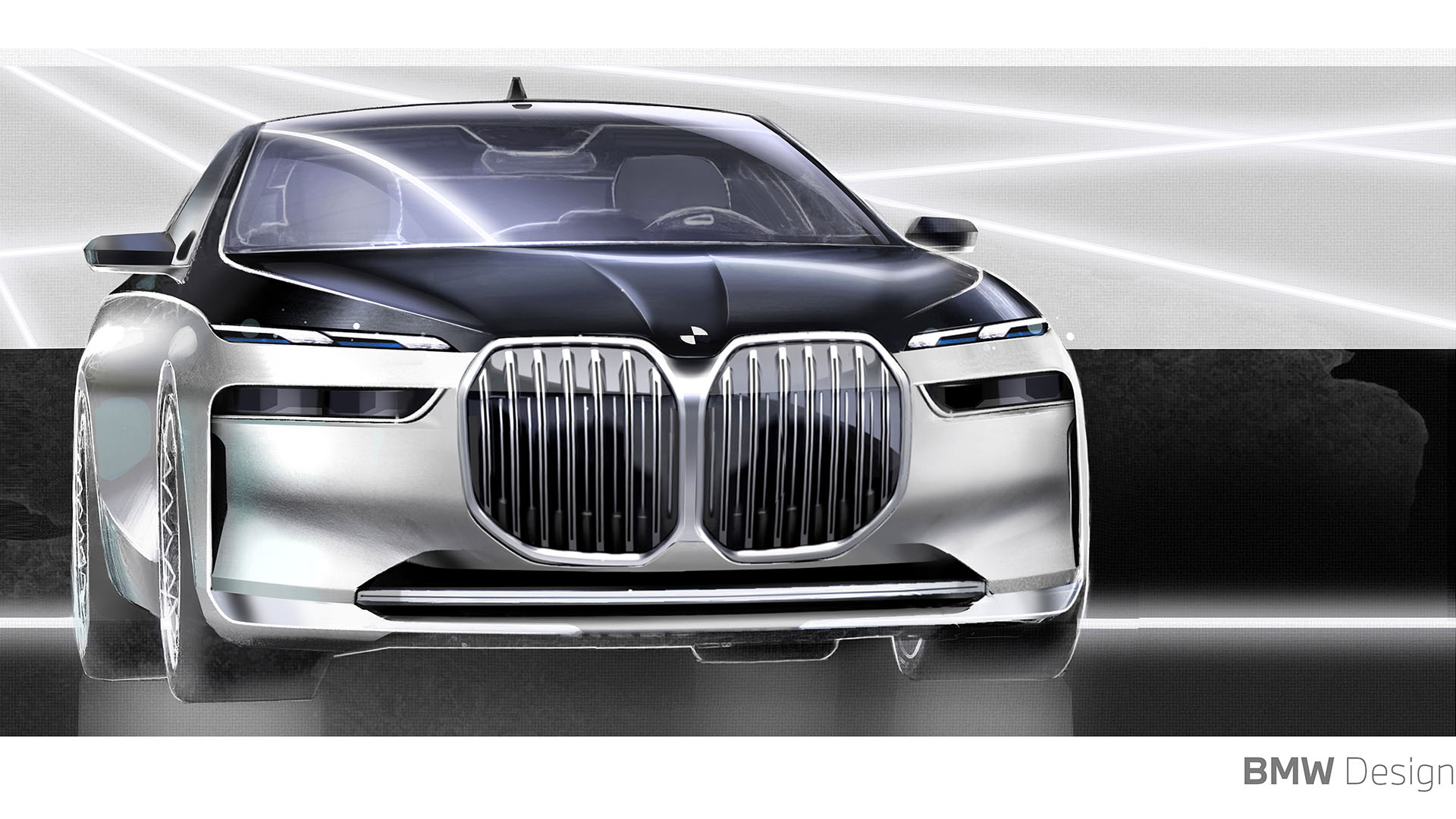 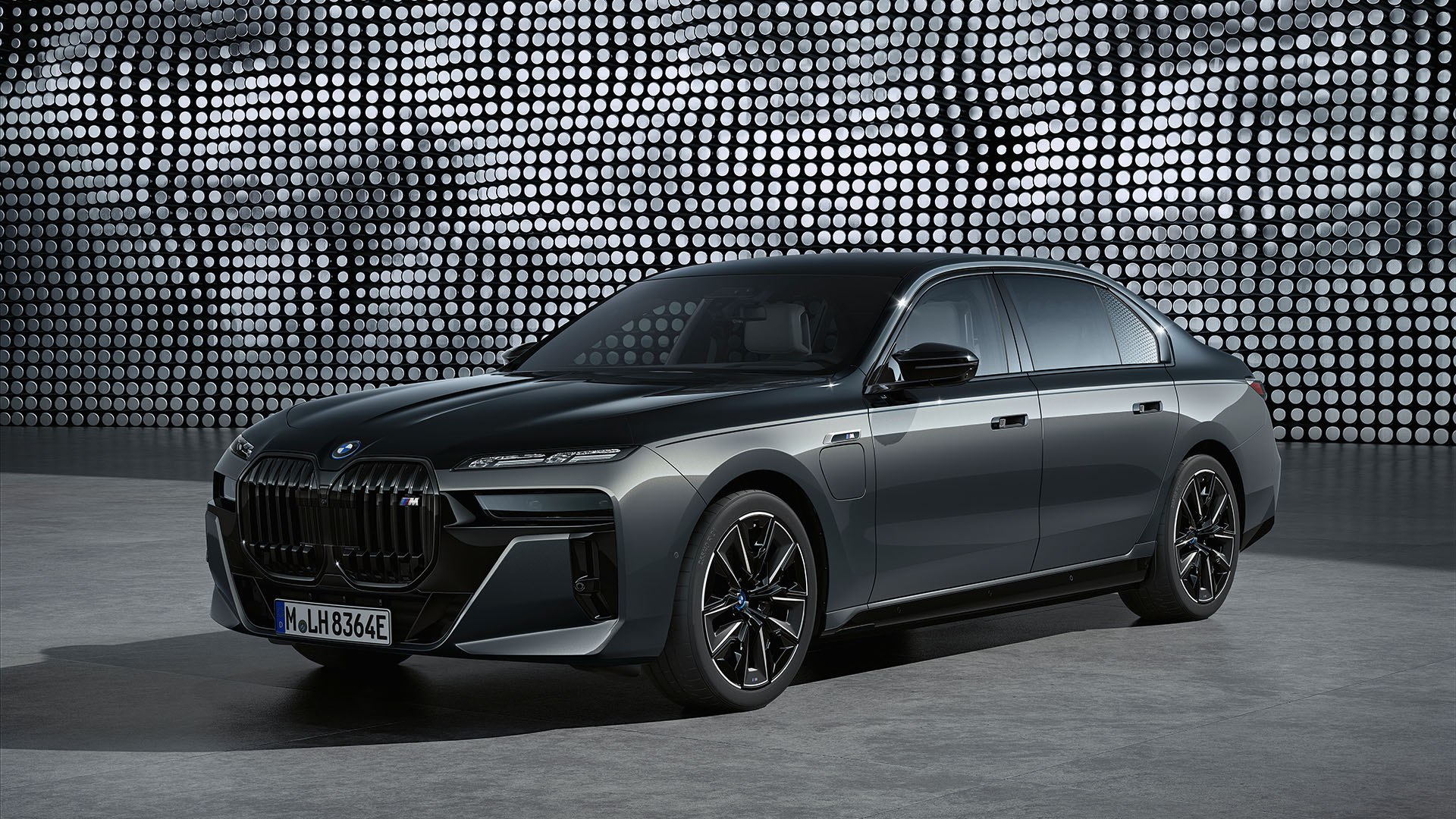 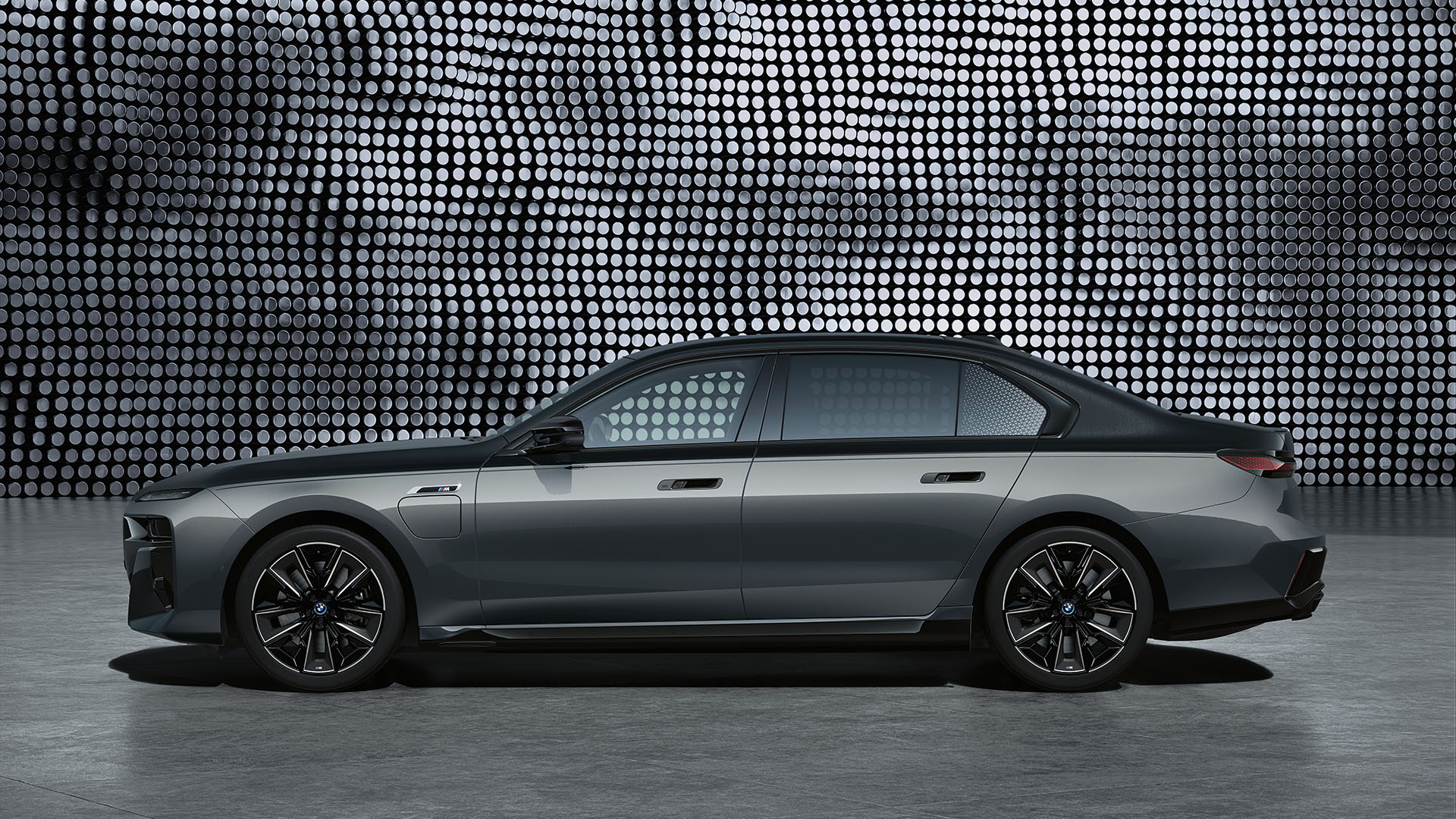 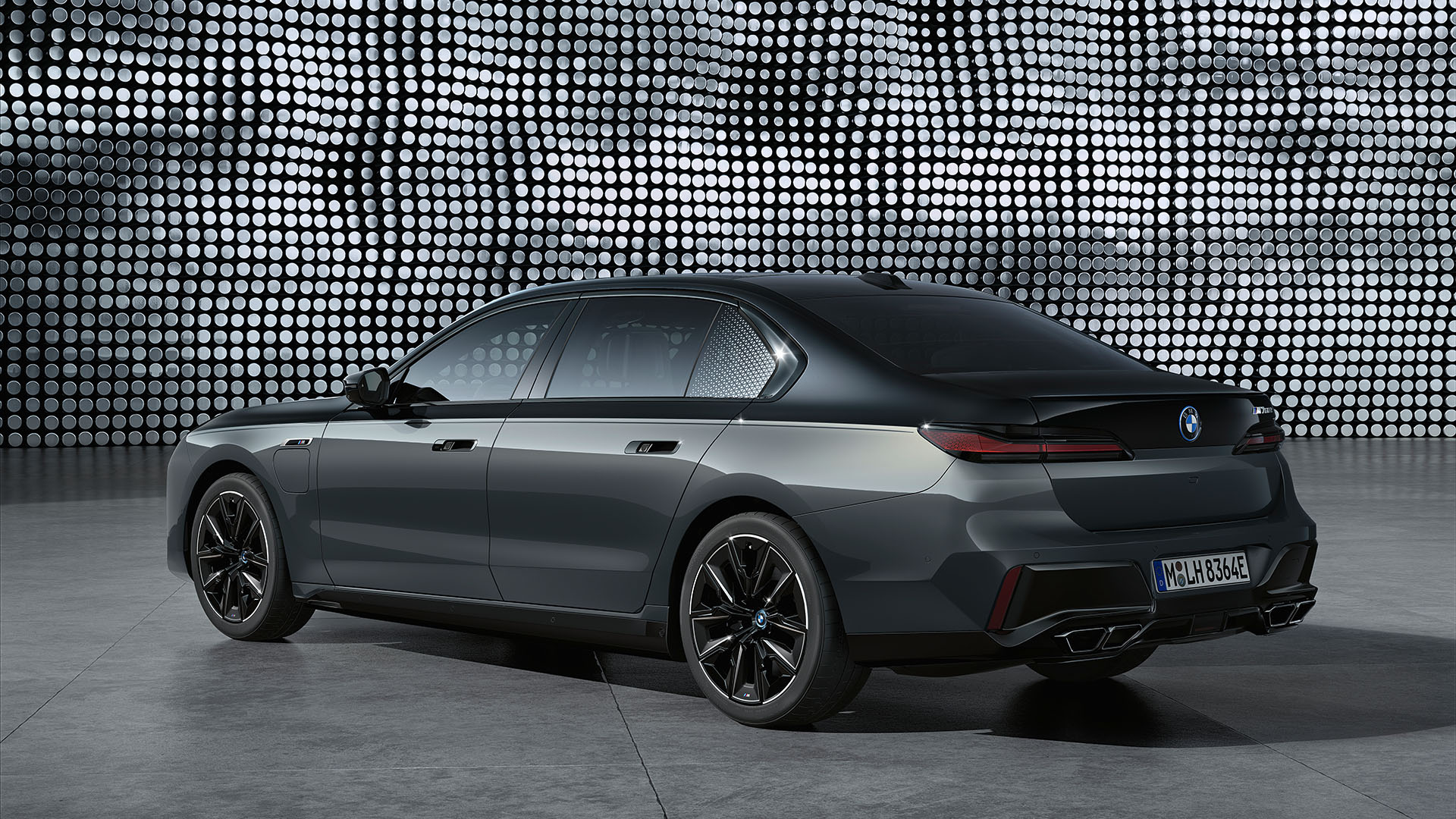 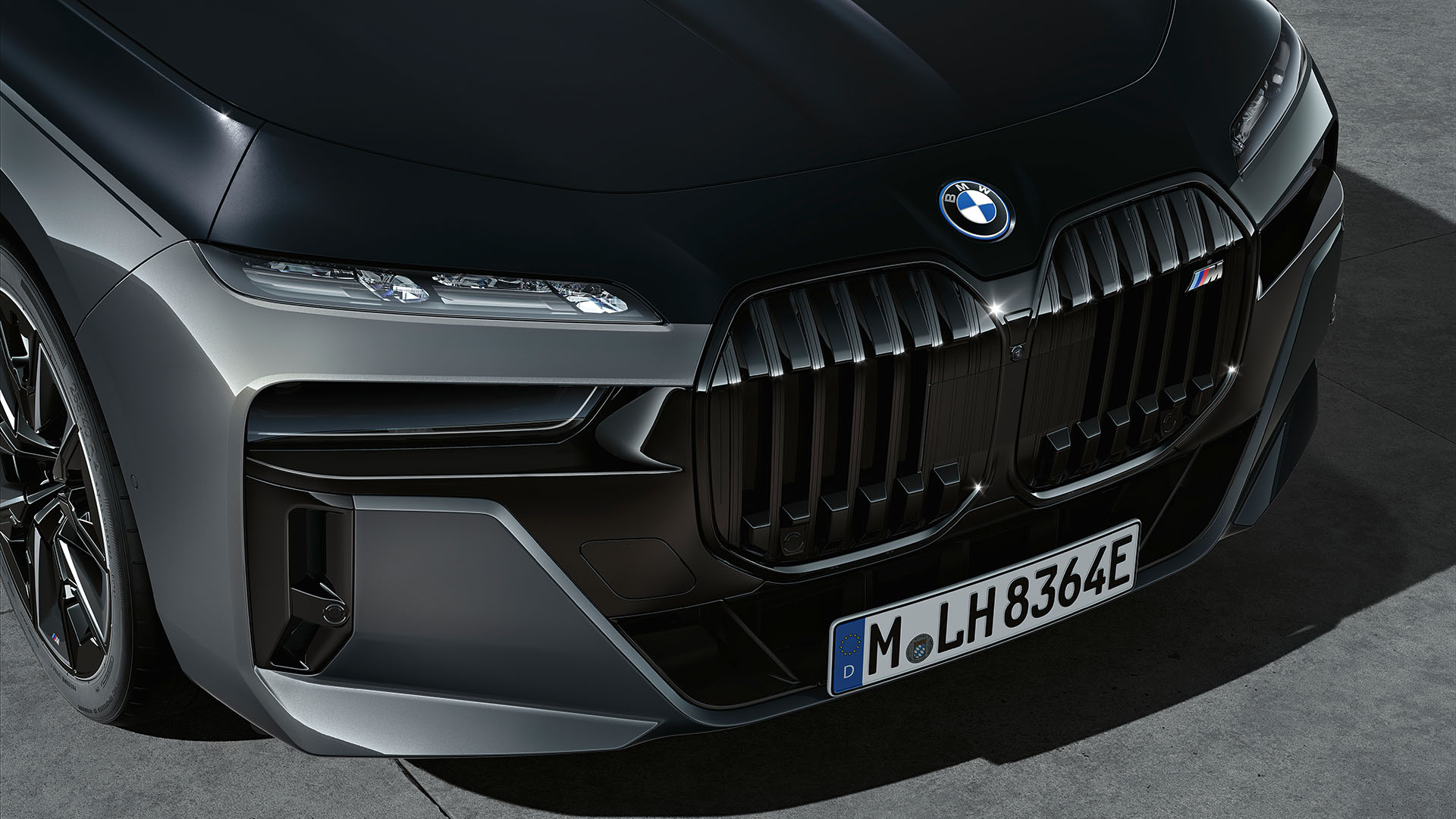 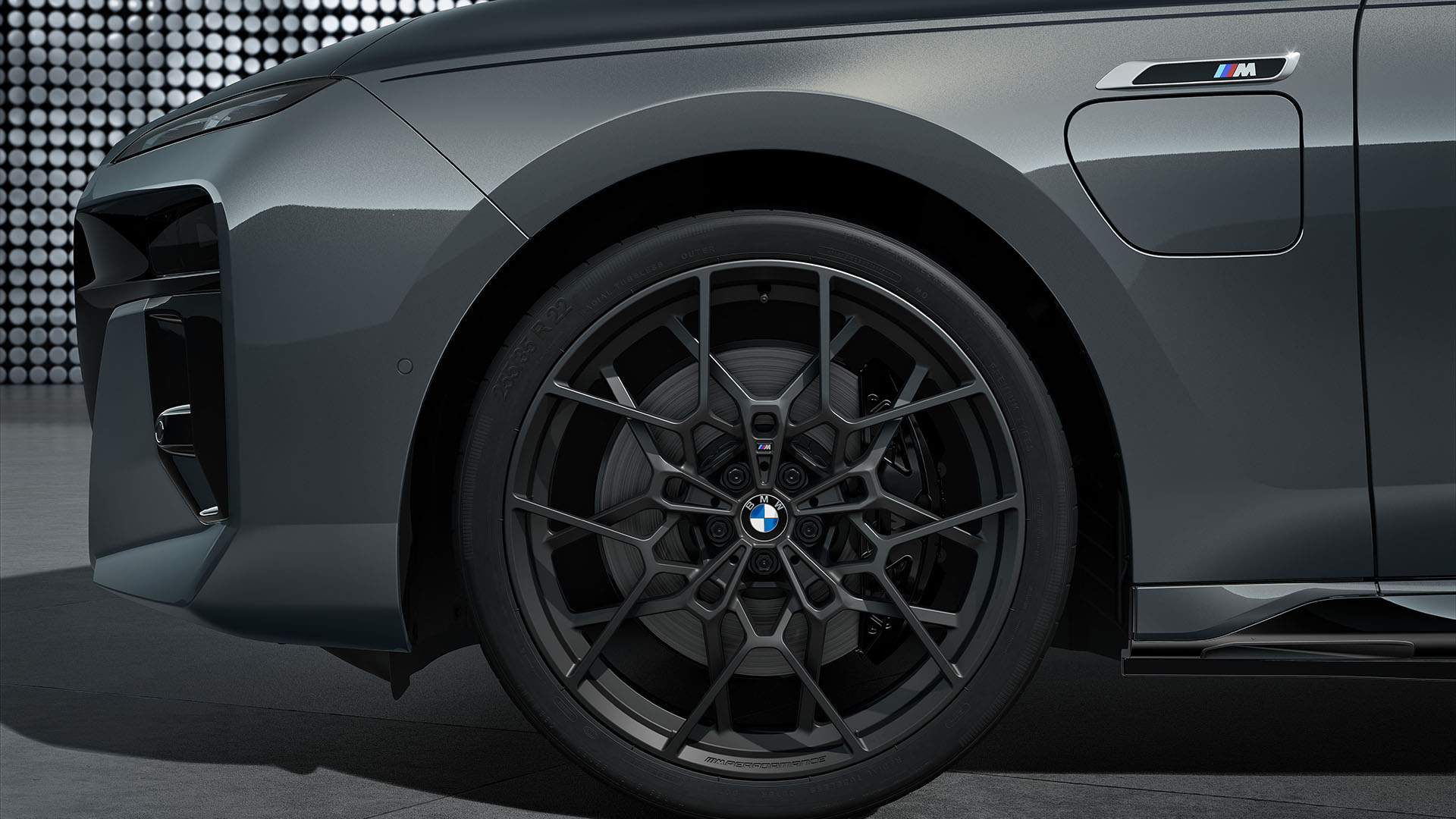 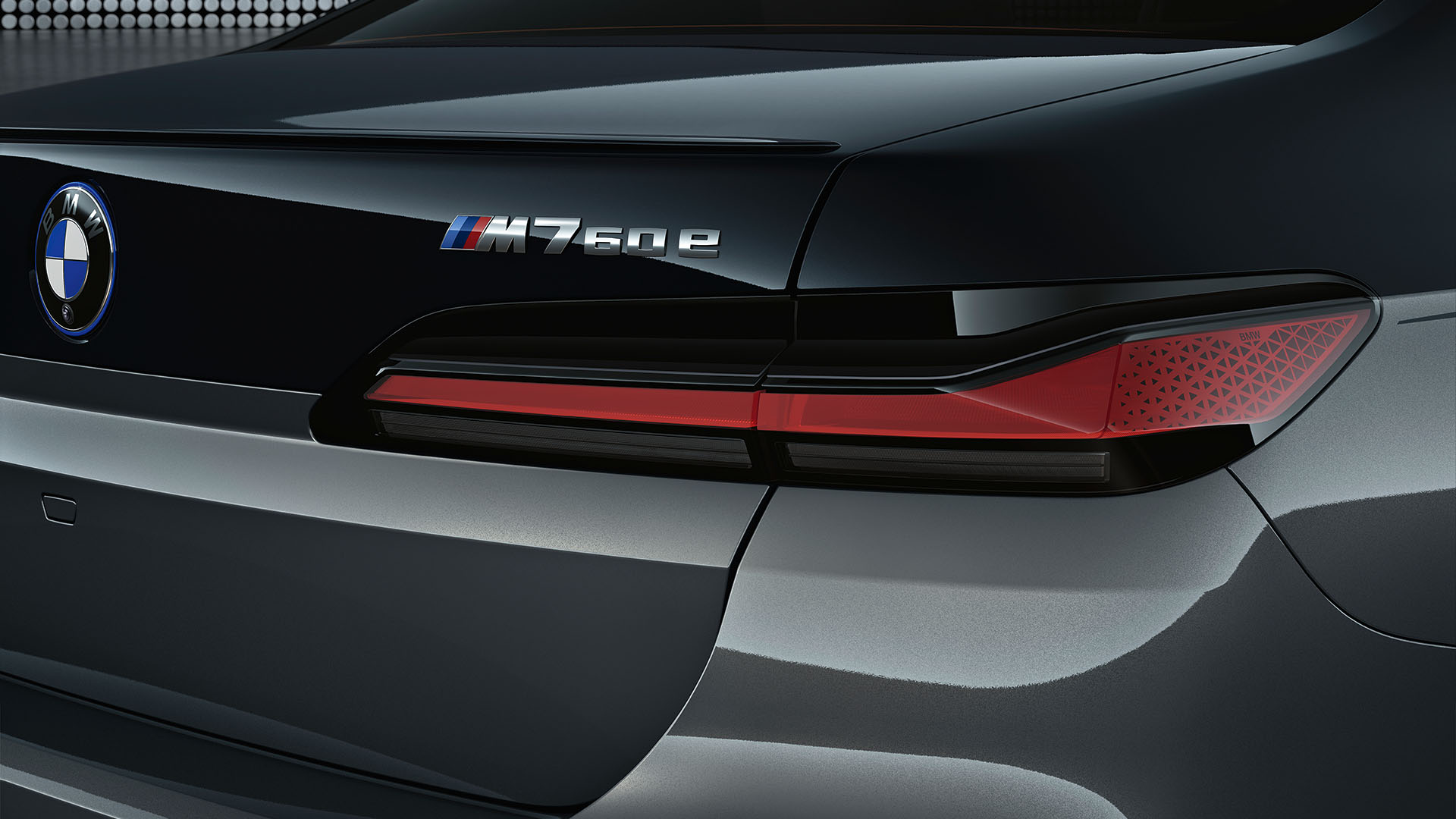 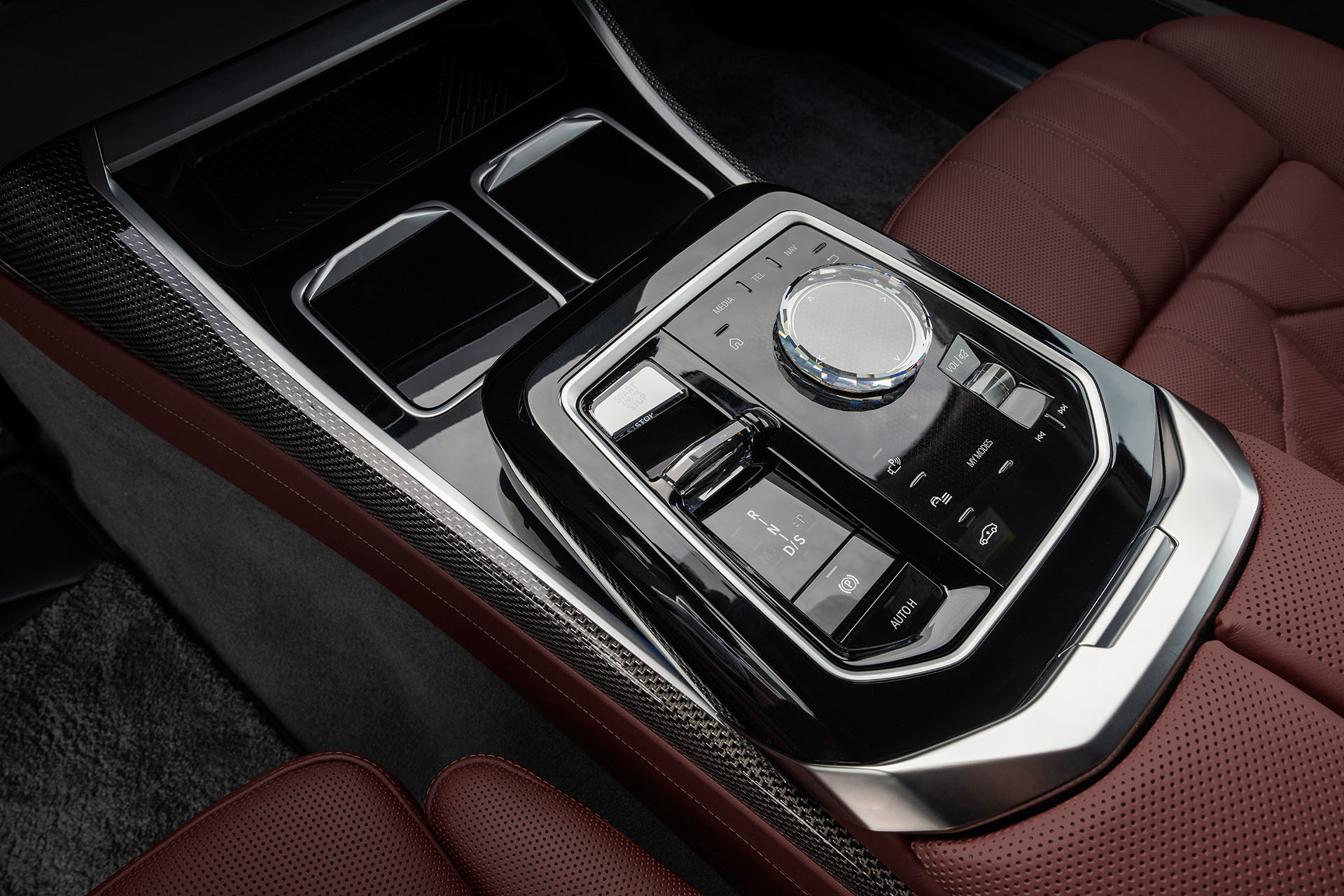 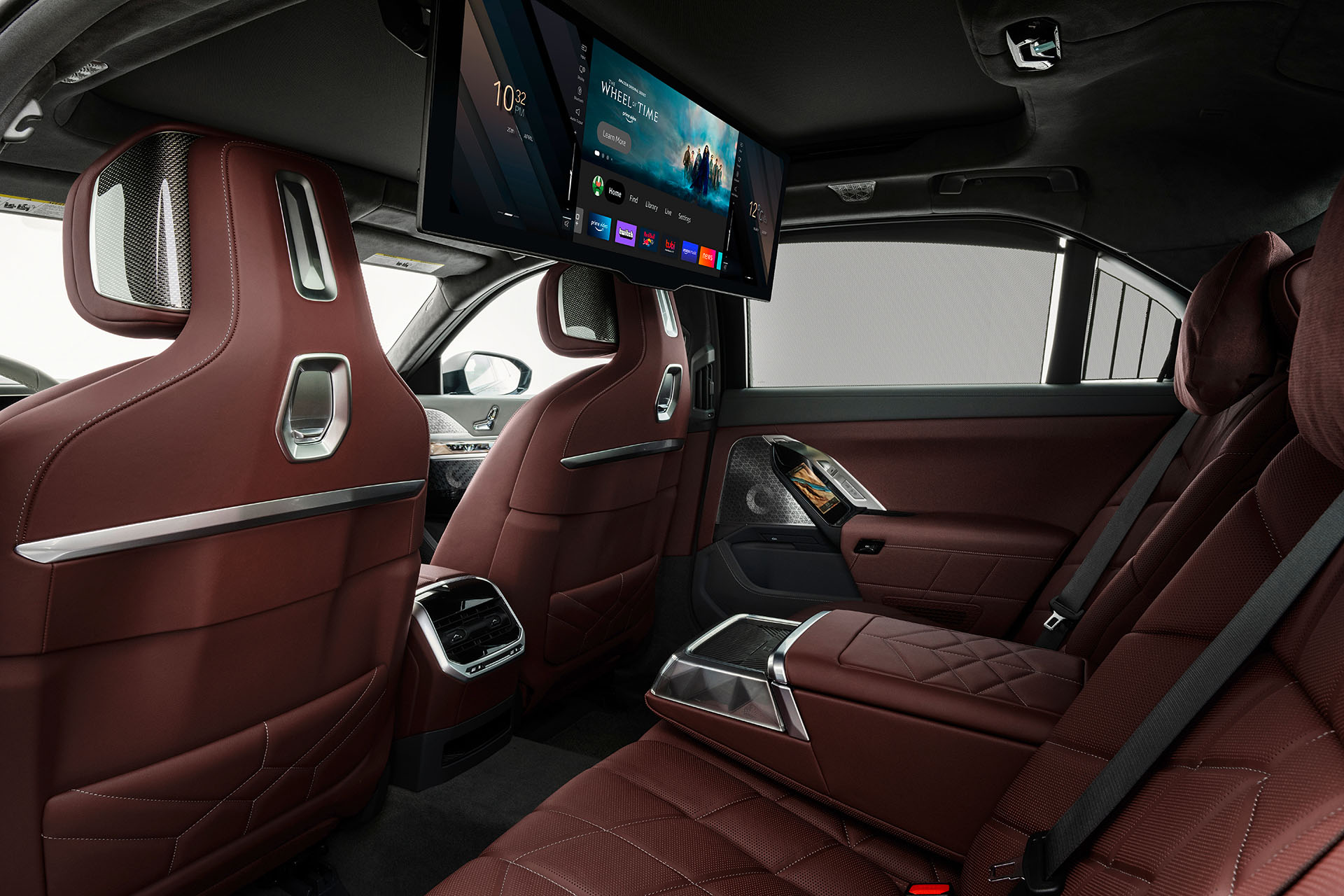 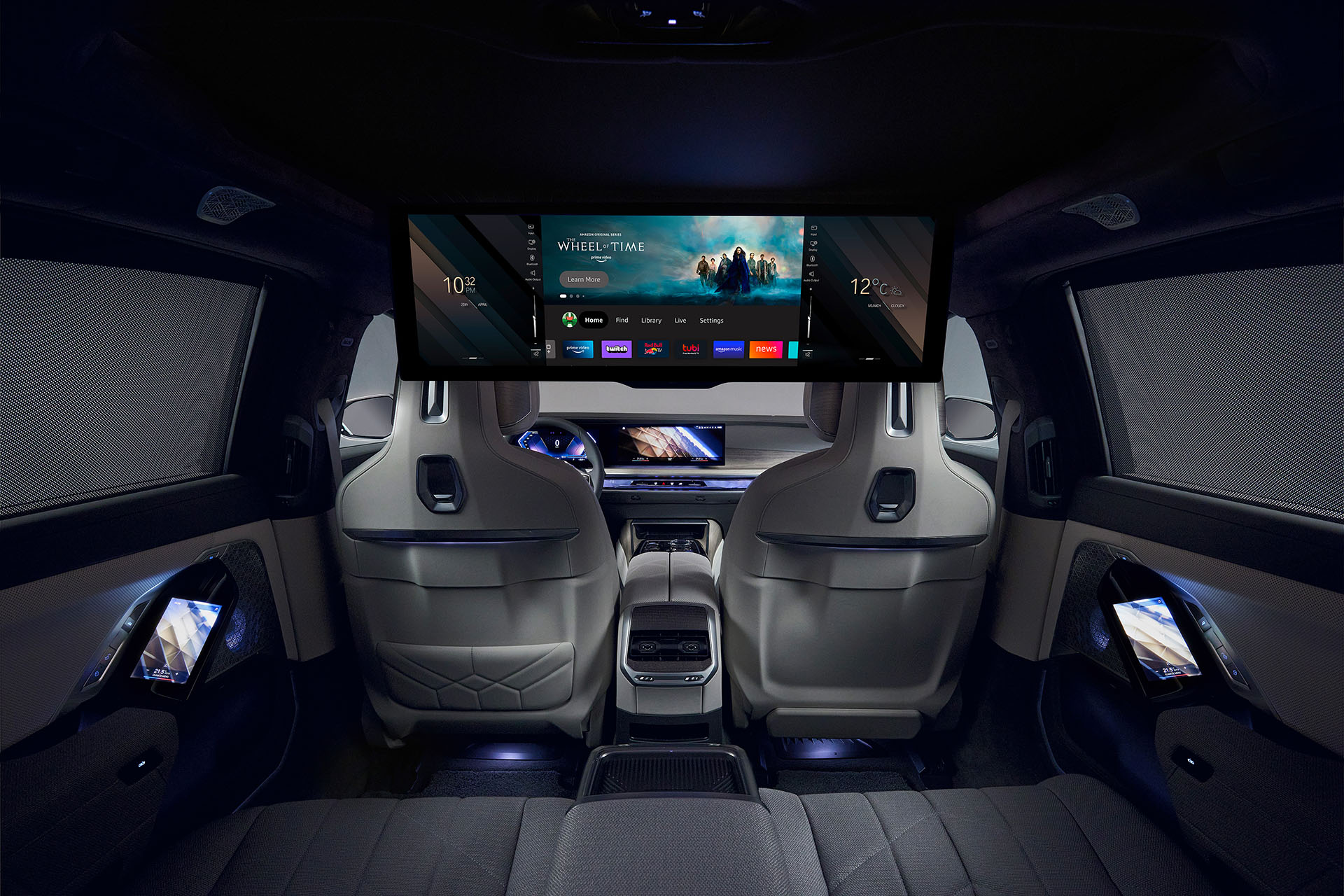 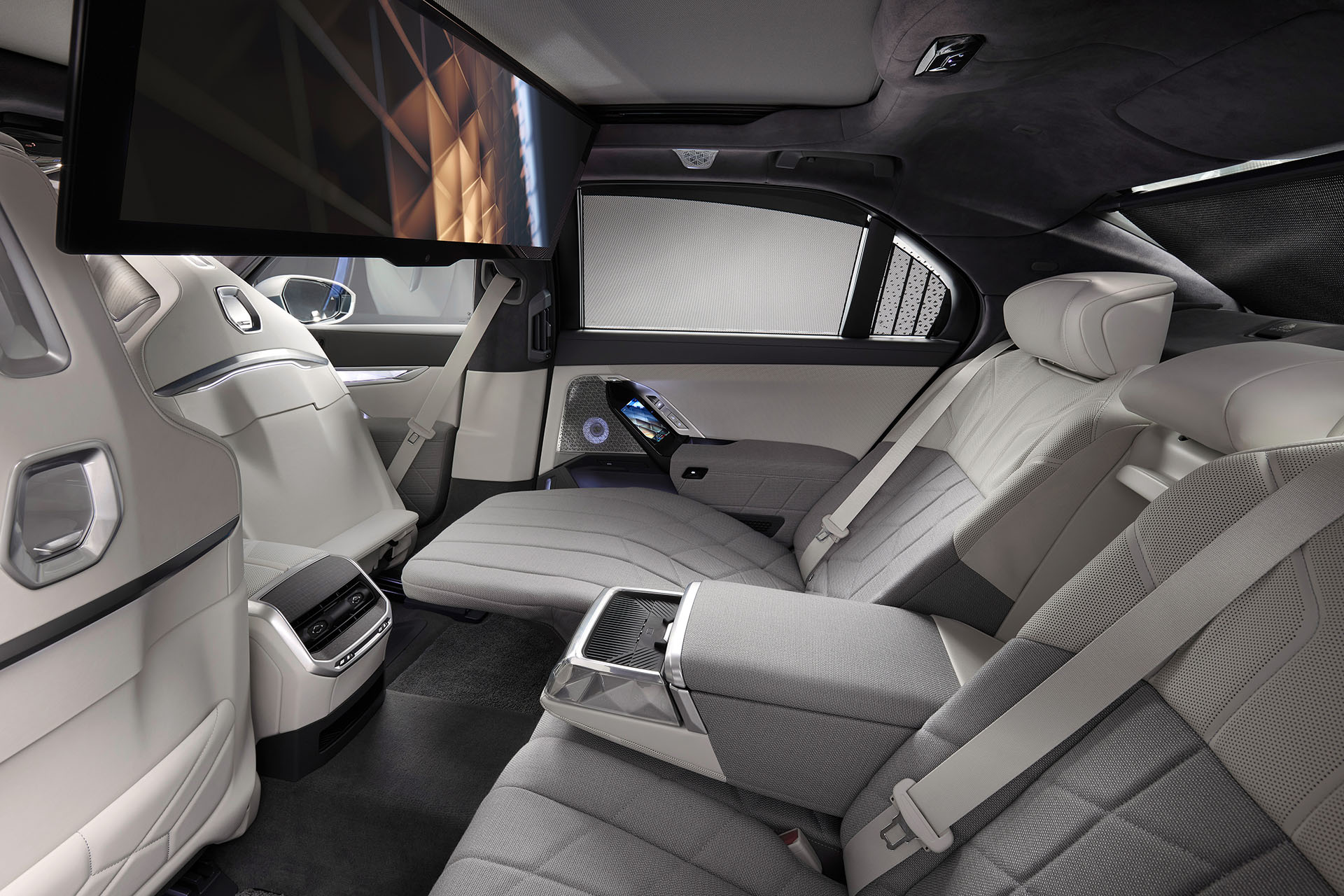 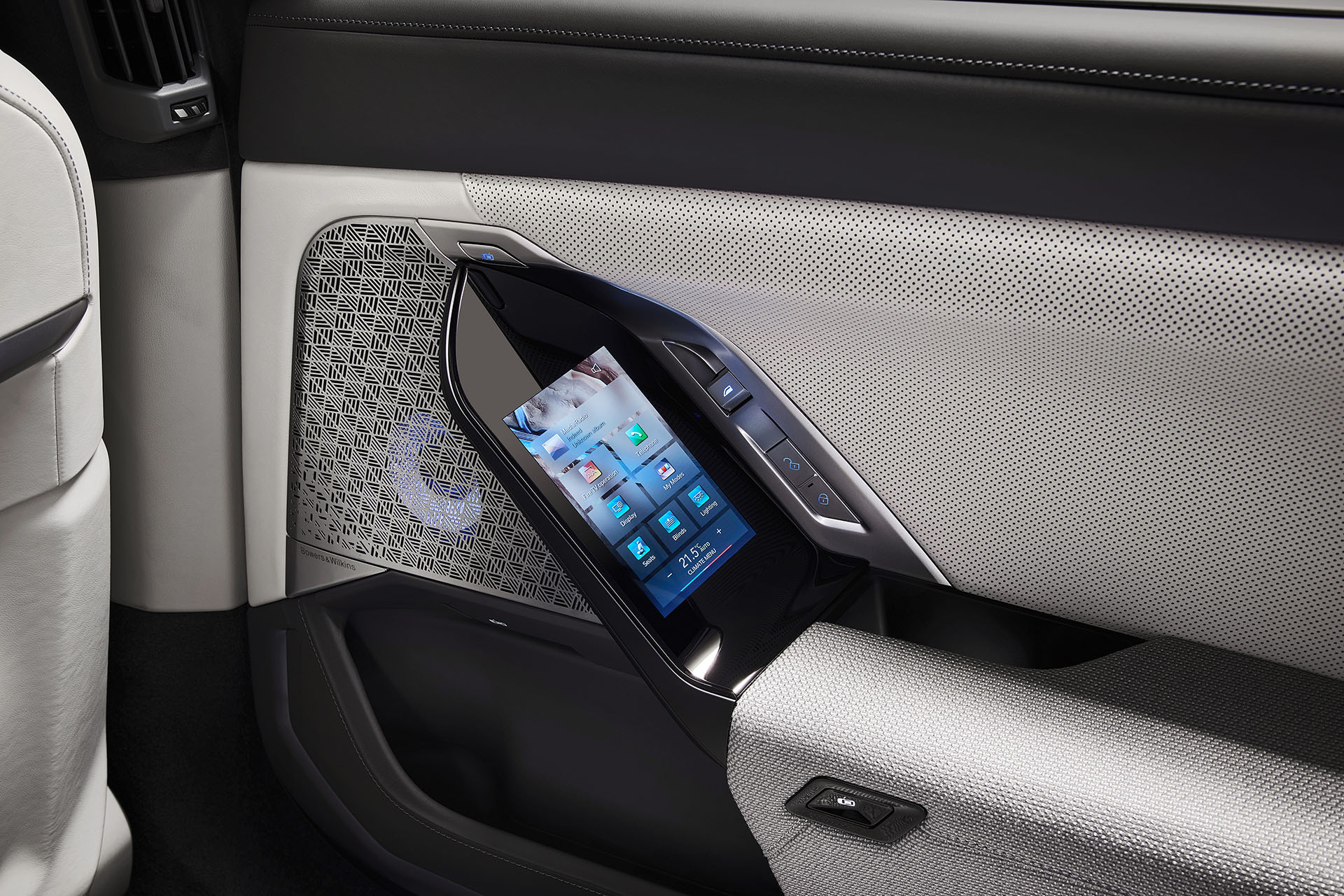 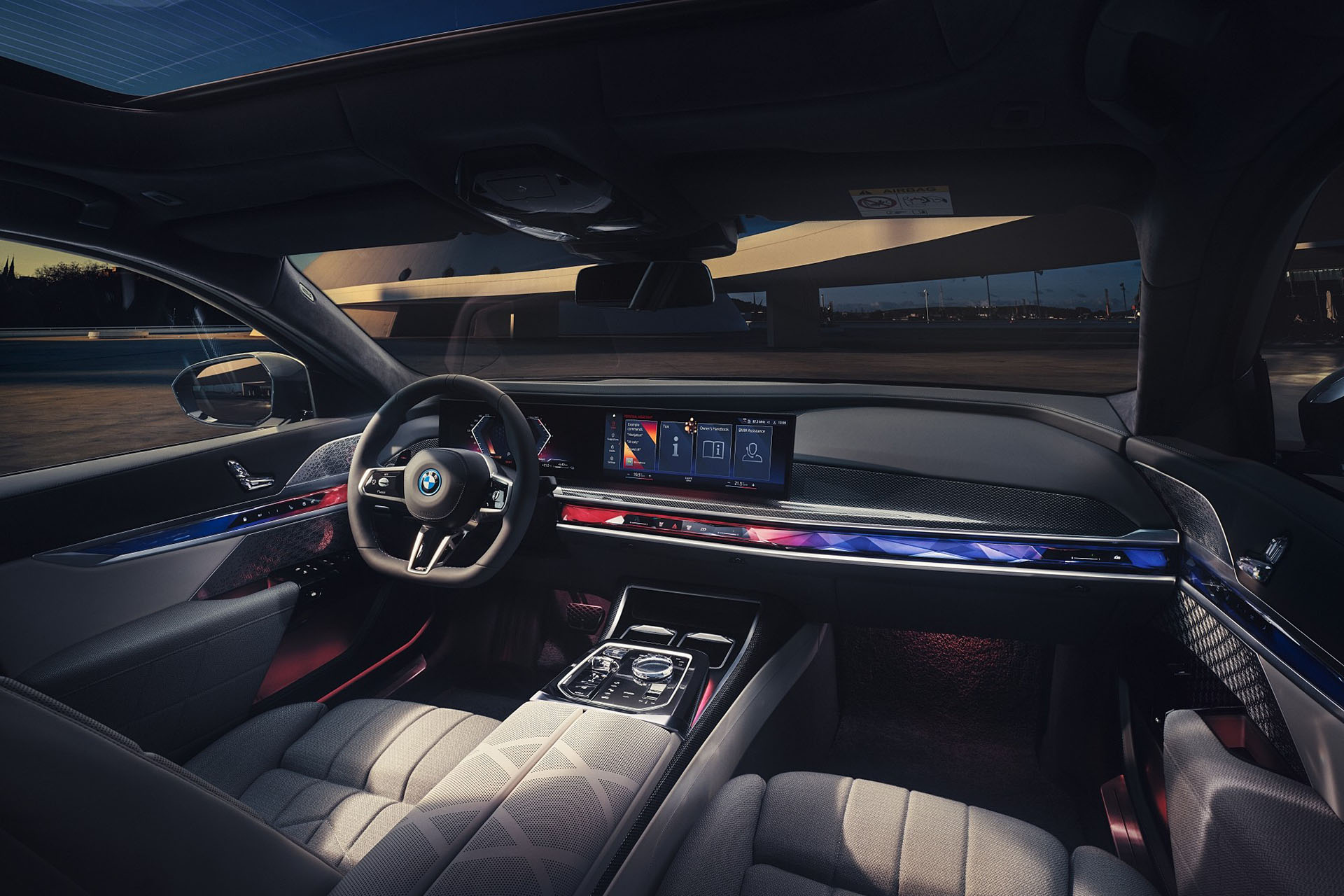 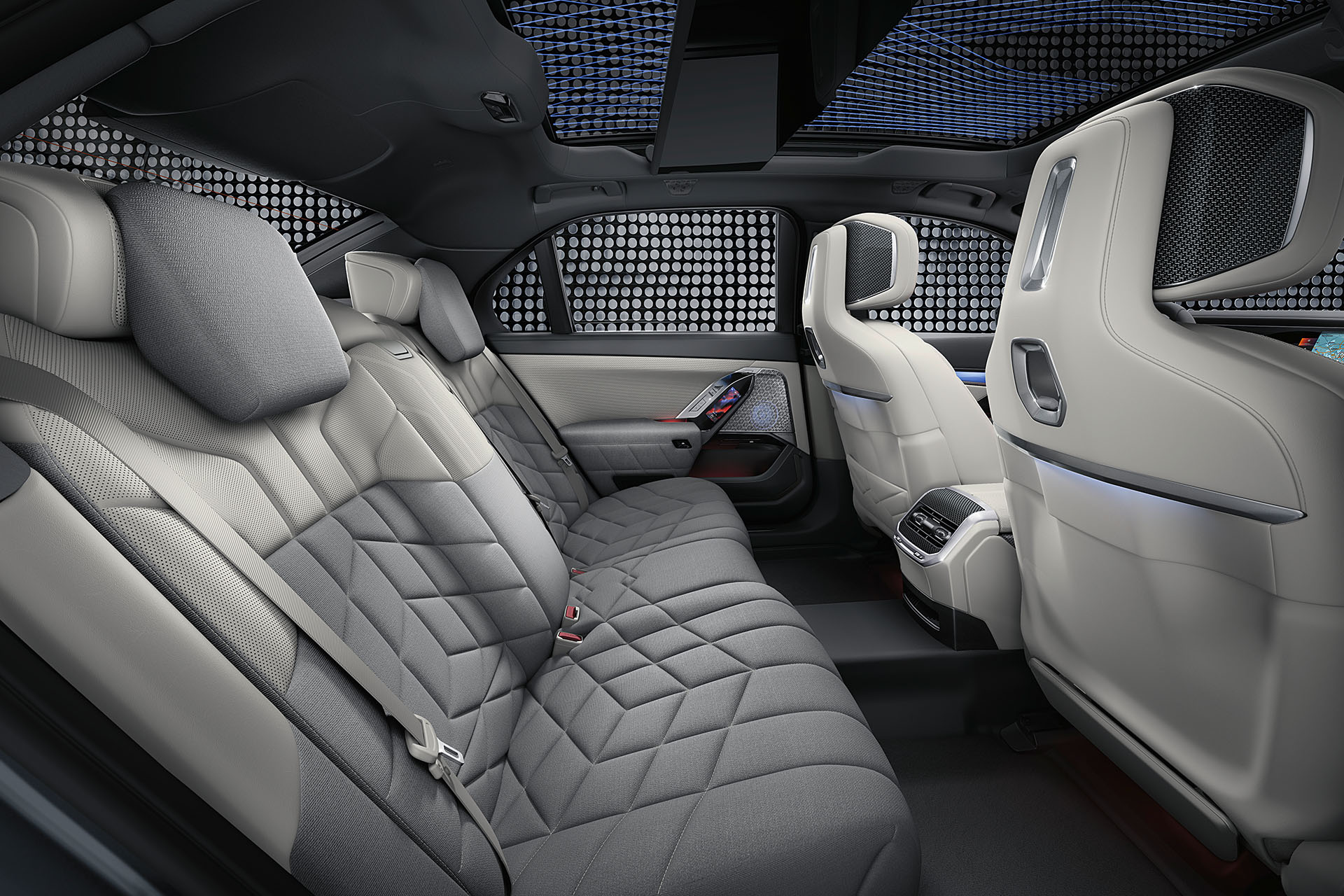