Hi, everyone. Thanks for tuning in to another episode of T’s Corner. While the experience with my Porsche Taycan 4S has kept the status quo since my last post (read: non-eventful, but in all the right ways), this update will be unlike any of the others.

That’s because my journey with EVs has ended—at least in the meantime—as I recently traded-in the Taycan back to my local dealership, Porsche Centre Calgary. Since I didn’t pick up something else in exchange, I suppose this technically wasn’t a trade-in, but calling it one means I don’t need to jumble together a better way of putting it. 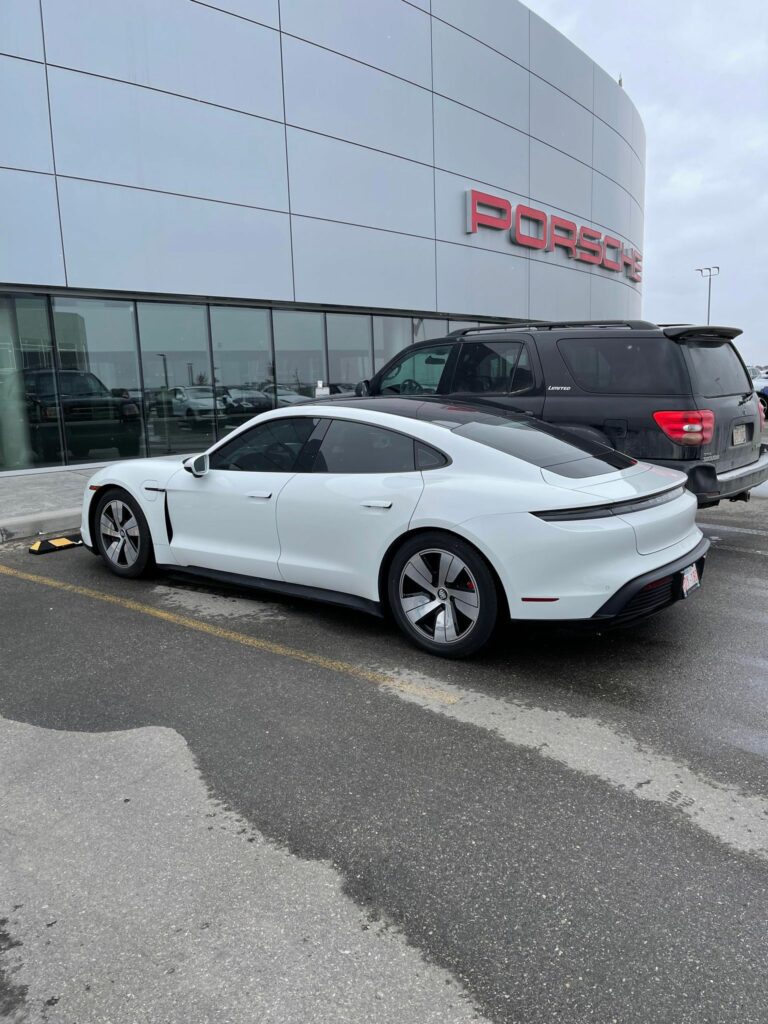 It has been about a week since I dropped off the keys at the dealership, so there has been plenty of time to let things sink in, if there had ever been a need to do just that. Overall, I must say I remain unphased about the matter—no remorse or regret—but on behalf of my fellow automotive enthusiasts who go through more cars than we should, I’ll just diagnose this as a case of esoteric sentimentality (or lack thereof).

Aside from the idiosyncrasies of EV ownership (which I will omit as being reasons, since no car is perfect), there are two main reasons.

The current state of the automotive industry would be the first. With inventory shortages caused by global supply chain issues, amongst other geopolitical factors, there perhaps has not been a better opportunity to, as they say in investing, “time the market“.

Porsche Centre Calgary—who have been and continue to be wonderful business partners—made a sincere and attractive offer for my car, which I couldn’t turn away. While making good financial plays provides as much of a dopamine hit as anything else these days, the decision also tied in nicely with my current lifestyle aspirations.

Minimalism is at the core of this. At this point last year, I owned 4 vehicles. That felt like way too many. I decided that my strategy would be to whittle that number down to 2—a car for the racetrack and a car for everything else. Further down the road, I would also want to use the latter for towing the former to said racetrack(s).

Extra garage space, less of a footprint (carbon and otherwise), more financial flexibility. The timing for all this has created a convergence of events—not unlike a lunar eclipse—so there was this window of opportunity to exercise both options at once. For me, subtlety is in vogue. Killing two birds with one stone? That applies in this case, too.

What Will/Do You Miss Most?

At this very moment, the knee-jerk answer is free charging (a big thanks to Porsche Canada and Electrify Canada for providing this). Even when gasoline wasn’t as expensive as it is now, there wasn’t really anything you could fault about not having to spend a dime to power your car from Point A to Point B, and everywhere in between. If charging times were faster across the board, this would be a bigger deal, I suppose. 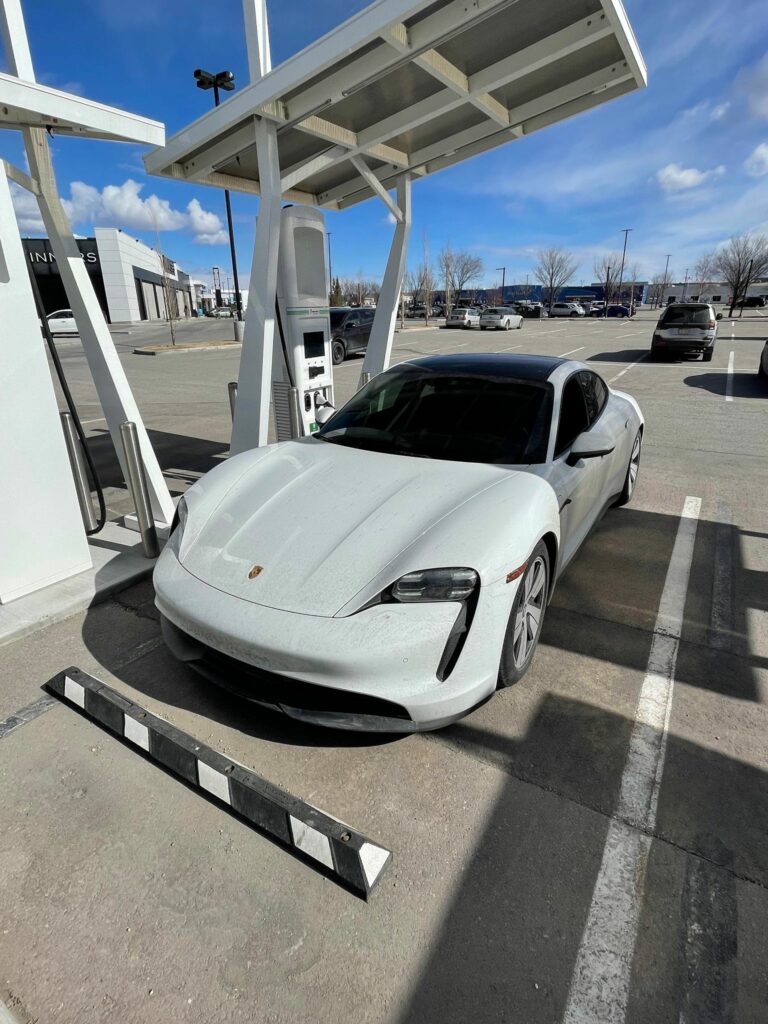 In the longer term, I’m certain to miss the Taycan’s superb driving dynamics. Remarkable handling and road feel, its gracefulness despite the hefty weight, the violent-yet-also-smooth acceleration, and the instant throttle response of the all-electric drivetrain. Surely, no other car can replicate all of these traits in concert, unless I go back to an EV—and that is definitely not off the cards by any stretch of the imagination…

Having the chance to drive the Taycan on a racetrack, was definitely one of the best moments during my time with the car—not just as a track junkie, but for the purposes of academia as well. 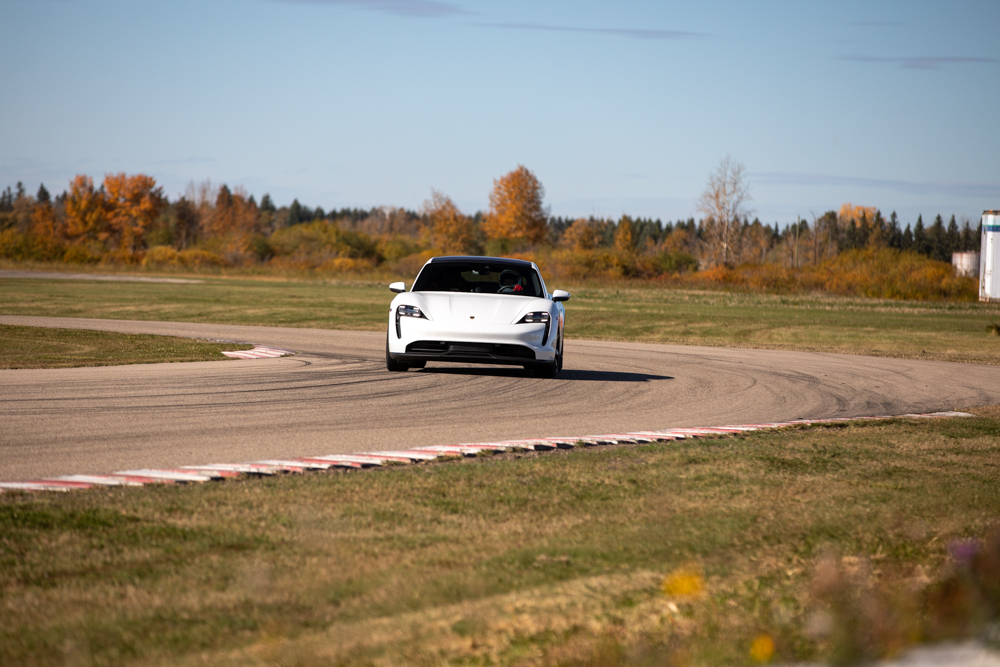 This was the perfect opportunity to gauge the current relationship status between electric cars and motorsport enthusiasts. Not all of us get to race in Formula E, after all. Conclusion? High-performance driving in an EV looks like the absolute dream in Instagram photos, but behind the scenes is where a lot of couples-therapy is required.

That’s not to say there isn’t already any romance to speak of—I had as much of a blast driving the Taycan on track, as I do my GT3 RS—but a lot of things need to be addressed to take this relationship to the next level: specifically, to the mainstream. Ok, enough with the relationship analogies!

Charging infrastructure is the key here; namely, fast charging stations on-site at all of our favorite international racetracks would push the dial forward substantially. It sounds like a monumental undertaking right now, though you would think that any facility which considers itself world class (and here for the long run) would be on board with something like this, sooner than later.

Opinion On (the Future of) EVs?

You’re taking it from the guy who just traded in his Taycan, but I have to say that the EV movement is off to a good start and the future looks both promising and exciting. After all, the Mercedes EQXX prototype just achieved 1,000 km of single-charge range in real world tests, which (mostly) puts to rest the majority of consumers’ apprehension with an electric car’s range.

Next is something I’ve brough up a lot: infrastructure. Some places in the world (Scandinavia) are doing it a lot better than others (basically everyone else), but it shouldn’t take long before the world achieves an acceptable level of equality in this regard. I’m not sure exactly how the math would work for this—such as whether we should be matching petrol stations with charging hubs at a 1:1 ratio—but I know that collectively, this can be sorted it out.

As with any emerging technology, expect big improvements in this space to follow as well. Solid-state batteries are next-in-line to become the game changer in the automotive industry, and promise to provide notable improvements to EVs in every meaningful metric. The science is already proven and way past the theoretical stage. The only challenge which remains—and yes, it is a big one— is scaling this for use in the mass market.

All that being said, I’ll be back—and with open arms—when it comes to EV ownership (government-mandated, or not), and I look forward to it with the same enthusiasm I had when I drove the Taycan for the first time.

From the outside, most people would understandably look at this short 2-year stint with such a unique car, as a sign that my experience with the Taycan was a poor one. But if you’ve been following my blog (thank you!) and have got this far into this post (thank you, again!), you would know that such a statement is categorically untrue.

If anything, my loyalty to the Porsche brand is greater than it has ever been, and the new Macan is something I have my sights set on. Whether this will be the T or GTS model from the current petrol-powered line-up, or one of the EV versions currently in the works, remains to be seen. Given the current circumstances in the world, it could be a while until I get into one in either case. My friend Miles @ Porsche Centre Calgary says that I’m on “the list”, and that’s good enough for me.

Regarding the EV, I’m also waiting for more info regarding towing capabilities (for reasons mentioned earlier), as this will be a crucial bit in determining how soon I revisit EV ownership, or stick with the tried-tested-and-true ICE versions. In general, the industry has remained pretty tight lipped on how production EV platforms will be able to tackle the traditional towing needs of the average consumer, and we’ve yet to see or hear of an EV that can really tow, least of all one that can specialize as a hauler.

T’s Corner remains very much alive, even with the Taycan bowing out (for now…?). Stay tuned for more content as I prep my GT3 RS for a new season, at a new race track—there will be lots to talk about, and I look forward to sharing my experiences with you. Thank you for reading. 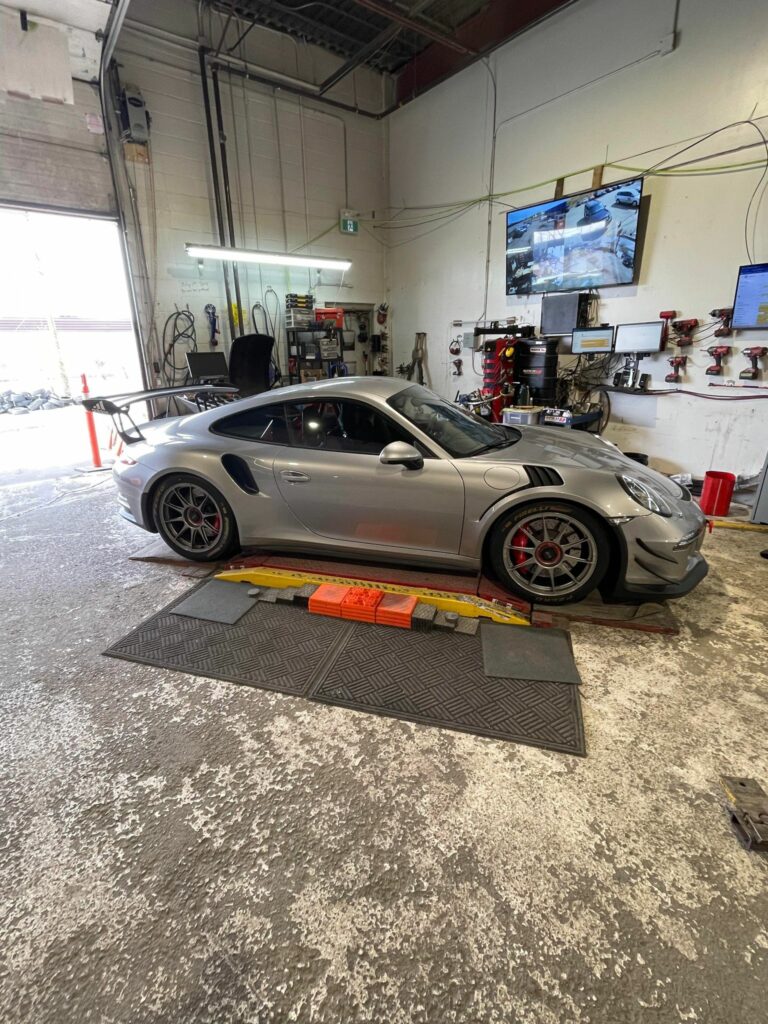