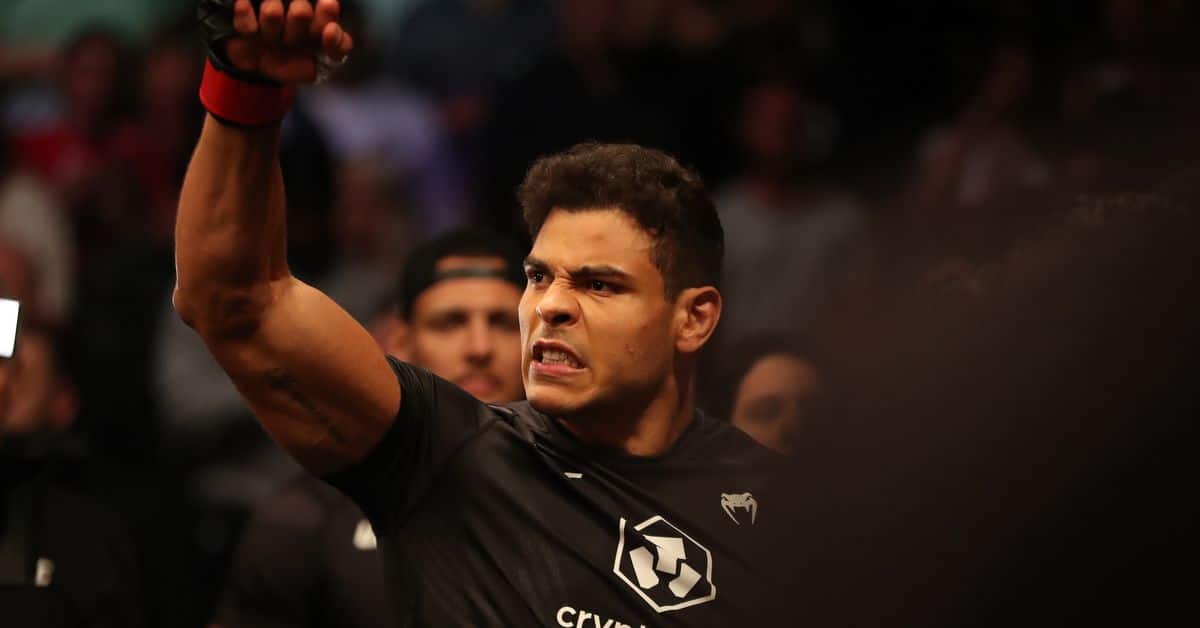 According to Paulo Costa, the UFC at one point offered a four-fight contract worth $500,000 total that would cement a fight against Robert Whittaker at UFC 284.

Costa liked the number, but not the number of fights attached. And so he said no, setting in motion a stalemate that resulted in the cancellation of the already-announced fight and his future in the UFC.

“I say I want new terms to fight [Whittaker],” Costa said Wednesday on The MMA Hour. “I will not [fight] for the same money. It’s a main event in Australia. The people from Australia will be there. It’s a great fight. So [$70,000] is not enough for that. Just go a little bit higher, and they said no.

“They said, [UFC President] Dana White’s lawyer, [UFC CBO] Hunter Campbell, said ‘We need to make a new six-fight deal.’ I said, ‘No, I’m not going to talk about six fights more. I talk about that one.’ That makes sense. Why you bring six fights in? I’m talking about that one, to fight Whittaker, not six more. It doesn’t make sense to me.

“I’m not looking for six more fights, not at the numbers that he sent me. I don’t think this makes sense. I’m talking about one fight specifically, not six. I did this in the past, five years ago, 2017, and I’m paying for this mistake even now, because I’m so [outdated].”

Costa maintains he agreed only in principle to fight Whittaker at the Feb. 12 pay-per-view event in Perth. The fight was never official, he said, because they hadn’t negotiated terms he felt were fair — not the $70,000 to show and $70,000 to win guaranteed by his previous contract.

The UFC nonetheless announced the bout, putting public pressure on him to sign despite his stance. Such a move wasn’t a surprise because he said it had already happened once. He just corrected the record.

Costa indicated such tactics were overall part of hard-ball negotiations that left fighters — in particular, Brazilian fighters — at a disadvantage. He believes Brazilian fighters’ pride often does them a disservice when new contract offers arrive, and they are stuck in long-term deals that leave them undervalued.

“I think they just actually offer very low numbers for Brazilians,” he said. “Maybe they think, Ah, those motherf****** in Brazil, they live in the jungle, they don’t need real money because the currency’s like five times less than dollars, so let’s pay bulls***.’”

The UFC didn’t immediately respond to a request for comment.

At a certain point, Costa lost his patience. He split with his longtime manager, Wallid Ismail, and started pushing back against the UFC’s demands. His case may have been undercut by no small amount of drama outside the cage, which included a disastrous weight debacle with Marvin Vettori. But he held his ground.

“We are doing that for a long time, but it’s doesn’t help the business for the athletes. This is horrible for the business on the fighter’s side. So you cannot just say yes. Somebody said, ‘If you are good at something, don’t do it for free — or for s*** money.’ … I did a lot in the past, and it’s enough.”

Costa believes it would be “very easy” for the promotion to make the fight if it were more willing to bend. But since it isn’t, he’s left in limbo — at least until the expiration of his contract.

Were it not for the ongoing anti-trust lawsuit against the UFC, Costa may have been sidelined indefinitely as the promotion extended his contract for rejecting opponents. But a sunset clause left the promotion a finite amount of time to keep him under contract. By March 2023, he believes he will be a free agent.

Costa said UFC 284 is off the table at this point because it’s too close to the event to complete a proper camp. But if the promotion wants to offer him the right numbers for a fight with Whittaker or another opponent for March, he’s open to it.

A contract for $500,000 to fight Whittaker — and only Whittaker — sounds about right. As long as it has a healthy bump, he’s in.

“I need to do one more, I will do [it],” Costa said. “But for what my payment is right now, [no], unranked guy or lower ranked guy. I would like to fight Whittaker, but I think if they negotiate a little bit, because Hunter just says the number and says, ‘Take or not.’ That’s not negotiation.”