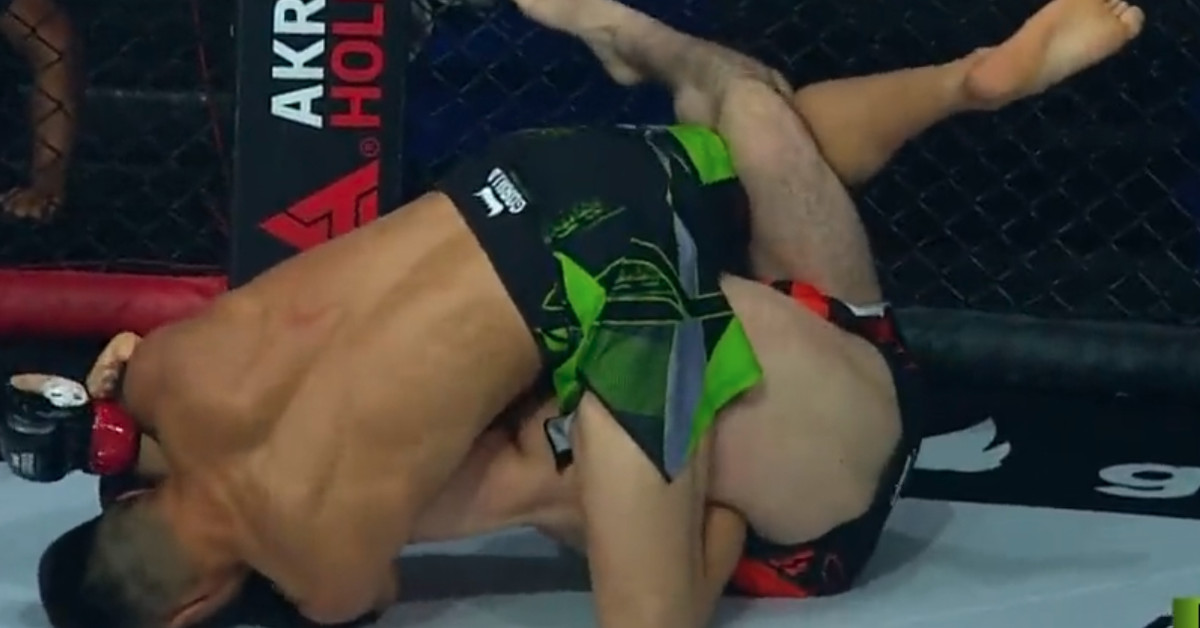 Welcome to the latest edition of Missed Fists, where we shine a light on fights from across the globe that may have been overlooked in these hectic times where it seems like there’s an MMA show every other day.

That’s right, folks, the prodigal son of Missed Fists has returned. The incomparable Alexander K. Lee is on vacation this week, so who better to take up his mantle than his old running partner? Sadly there was no Fight Circus like event this week, but we’ve still got plenty of notable highlights to get to, so let’s do it.

(Big thanks as always to @Barrelelapierna for their weekly lists of the best KOs and submissions, and to @Grabaka_Hitman for uploading many of the clips you see here. Give them a follow and chip in on Patreon if you can.)

The first fight of the evening over at Open Fighting Championships 22 delivered one of the most impressive finishes of the past week. Jalynbekov caught Magomedov with a nasty left hook that put him on skates, and then closed the show with a Suloev Stretch for good measure.

Now, some of you might be noticing that Jalynbekov came into this fight with a 5-1, while Magomedov had never fought before, and sure. You can focus on that if you want to be a joy-sucker. But here at Missed Fists, we like to stay positive, and I’m positive that was awesome, regardless of who it happened against.

You can watch the OFS 22 event for free on Youtube.

You know what else is awesome? This highlight-reel KO Jaime Londono delivered n Monterrey, Mexico, at Lux Fight League 25.

What I love about this KO is that he not only knocks the consciousness out of Gatica, he knocks the mouthpiece out as well. That’s always worth an extra bit of love, and couple that highlight with Londono’s 5-1 professional record with five finishes, he may be getting a call from somewhere bigger soon.

You can watch the entire Lux Fight League 25 event on UFC Fight Pass.

Speaking of getting the call, Braxton Smith got the call to step in for former UFC fighter Rashad Coulter on just two days notice over at Peak Fighting Championships 22, and he made the most of it.

It looks like Smith could knock down a building with that right hand, so it’s no surprise that the 44-year-old Lopes crumbled underneath it, as apparently Smith’s own body couldn’t withstand the shot either. Right after he KO, he held he arm as if something was broken, and I wouldn’t be surprised if that’s true given the sheer power of that shot.

Smith lost his pro debut to Chase Sherman back in 2014 (!) but returned to the sport this year, and he’s now amassed 3 wins with three knockouts and a combined fight time of 4:17 seconds. A few more performances like that, and he too will find himself in the big show.

You can watch the full fight on Peak Fighting’s YouTube channel.

Over in Russia, Valmir Galiev turned in one of the quickest KOs of the week, planting Ivan Parshikov in just 10 seconds at RCC: Intro 22.

Unlike some of the other quick KOs we see on here, Parshikov is a legitimate fighter who had an 8-2 professional record before running in Galiev. The win moved Galiev to 4-0-1 professionally (though his Tapology picture makes it appear that he has an extensive competition history), with that draw coming against the next fighter we’re celebrating this week, Dmitry Nikulnikov.

Nikulnikov heads up a section of Missed Fists I like to call, “So you like flying knees?”

Nikulnikov may have drawn with Galiev in his first professional fight, but he damn sure had no intention of being outdone by the man on the same fight card, running over Poor Pavel Sosedkov.

Fortunately, that was just the first of many flying knees this week.

If you enjoyed that knee, can I tempt you with the effort Oliver Jiminez, who scored his first professional win by knocking out Jose Lemus in the first round at Fury FC 67?

Although not quite the same caliber of flying knee as Nikulnikov’s, Jiminez still gets the finish started with a knee that puts Lemus in a world of hurt. Lemus did his best to fight through it, but unfortunately, the human body can only take so much, and Jiminez was able to turn off the lights, resulting in this week’s Humpty Dumpty award winner.

But that’s not all in the flying knee category! The best of the bunch came courtesy of Desmond Manabat, who authored a truly sensational one against David Loureiro at Tuff-N-Uff 129, in Las Vegas.

After a long amateur career, Manabat had struggled to find success as a professional, losing his first two bouts by stoppage. But the featherweight hopeful was finally able to put one in the win column and do so in style.

Also on this card, and in a similar but different vein, Eduardo Penha absolutely styled all over Teague Vigil, making a half-dozen gorgeous grappling transitions before finally finishing the fight with an armlock, using his legs in the crucifix position.

Some beautiful grappling is on display here, and after Vigil finally taps, he looks almost relieved, the same way you would be if you were wrestling an anaconda for five minutes and someone finally came and pulled it off of you.

You can watch the full Tuff-N-Uff 129 on UFC Fight Pass.

Flying knee KOs are all well and good, but sometimes all you want in life is a good old five-second KO. Fortunately, Ismail Khan has you covered, and in the Flogger Series flyweight championship fight, no less.

Damn. That’s quite a way to win your first title.

Khan had an extensive amateur career, going 13-1 before turning pro this year and by any metric it’s working out for him. The 20-year-old Pakistani fighter is now 3-0 professionally, with all of his winning coming by stoppage. At his age and with his resume, and finishing people that quickly at flyweight? I’m willing to bet he makes it onto our television screens in the not too distant future.

Well, folks, that’s it for this week. Thanks for bearing with me while I covered for AK. He should be back next week with your regularly scheduled programming.

What was the most memorable Missed Fists moment this week?

If you know of a recent fight or event that you think may have been overlooked, or a promotion that could use some attention, please let us know on Twitter – @AlexanderKLee – using the hashtag #MissedFists.