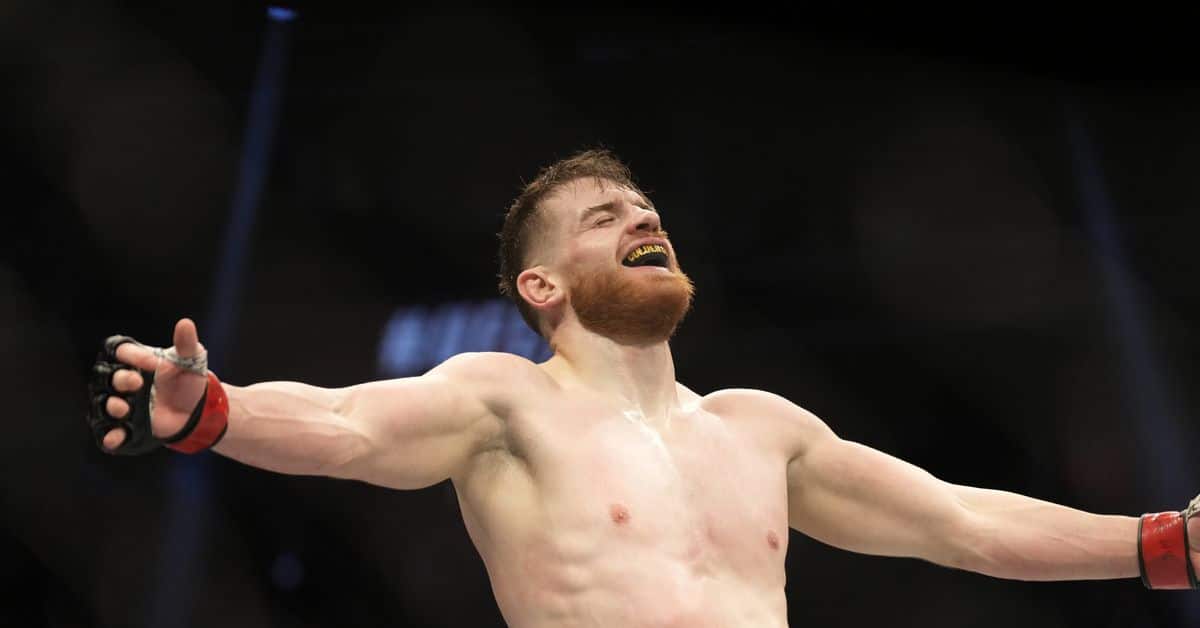 Edmen Shahbazyan was at a crossroads in his young career after losing three straight UFC fights.

Once hailed as the future of the middleweight division, the 25-year-old Contender Series veteran was in a scenario where one more setback could potentially bounce him from the promotion. Realizing he needed to change his training and preparation, Shahbazyan met prominent manager Ali Abdelaziz, who eventually brought him on as a client, with one condition: He needed to take a year off from fighting.

Shahbazyan, who was once managed by former UFC bantamweight champ Ronda Rousey, relocated to Las Vegas and trained full time at Xtreme Couture before booking his return at UFC 282. He looked reborn, earning a second-round knockout over Dalcha Lungiambula. The victory was 13 months in the making.

“I’m definitely glad I did it,” Shahbazyan told MMA Fighting about his hiatus from the sport. “During that time off, I really, really improved on myself mentally, physically and technically. I’m thankful for Ali for believing in me and really giving me that good advice. My coaches as well. Just dedicating the time to work with me and really helping me improve during that time.

“You want to get back quick and get back in the win column, but there’s adjustments to be made. You’ve got to improve, day-by-day, and if it’s like a year or two years off and you need those necessary improvements and adjustments, you have to take that time off to get back better.”

The time off was also good for Shahbazyan’s mental health, which was just as needed as his work with new coaches and fighters at Xtreme Couture, and especially after the “toxic feeling” of his previous camp.

“The whole change [was] literally good for my mind and soul, for starters,” he said. “The rest of the techniques and the improvements I’ve made, it was much needed, and I’m happy I did it. It’s only going to be better from here.

According to Abdelaziz, a chance encounter with Shahbazyan during a training session led to them working together. Even before that, though, he knew the once-promising prospect was in desperate need of a new direction.

“What happened was we met at [American Kickboxing Academy], and we trained, and I could tell he had some stuff to work on,” Abdelaziz said about Shahbazyan. “After that, we didn’t talk about management or anything, but he reached out to me, and I said, ‘Listen, for you to be able to compete in the UFC, you’re young, you have a lot of room to grow.’ He was good, but I felt he had so much room to grow. I said, ‘Move here, we’ll build a team around you, Jason [Manley] and Dewey Cooper,’ we all talked and we thought this could be a good team.

“After that, they put some great work, [and] they really improved him. I don’t think he’s reached 50 percent of his potential yet. … I told him take a year off and get better, develop. Now, I believe he’s ready to develop and become a better fighter. Every fight he’s going to get better, but now he has a very strong foundation.”

It could be argued Shahbazyan was rushed during the early part of his UFC career, scoring a main event opportunity in just his fourth fight with the promotion. He won’t make any excuses for the loss he suffered in that fight against Derek Brunson or the next two in a row that followed, but “The Golden Boy” learned a valuable lesson he’s carrying forward.

“I’m not rushing anything,” Shahbazyan explained. “I’m going to be in the gym improving. I’m going to take a few days off because I kicked a lot so my leg is a little swollen. I’m going to let that heal up a little bit and then back in the gym working, improving, getting better. Fight by fight, no rush.”

The same goes for his level of competition, because Shahbazyan still believes there’s a UFC title in his future. But he’s not going to run head-first into a brick wall just to break into the top 15 rankings again. Instead, he’s putting faith in the people that have his best interests at heart.

“My manager Ali and my coaches, they communicate along with me, and they’ll figure out the matchup and everything and they’ll just wind me up and I’ll just go fight,” Shahbazyan said. “I’d say around maybe April. That should be ideal, I think.”