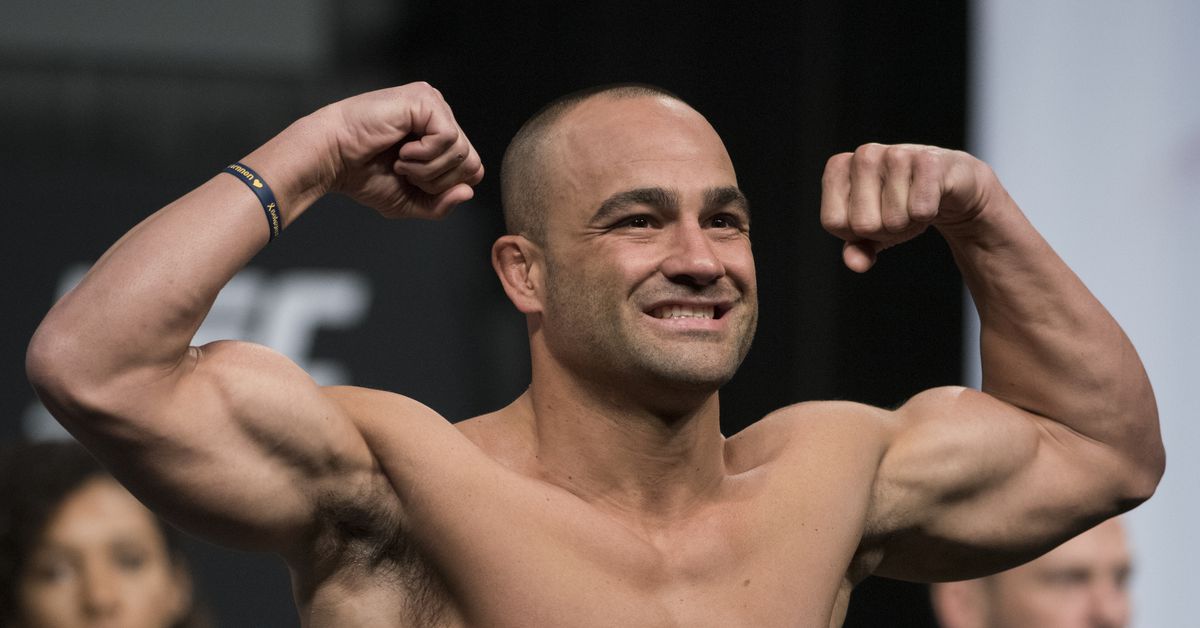 Once again a free agent, Eddie Alvarez wants up-and-coming MMA fighters to understand how valuable that opportunity really is.

After amicably parting ways with ONE Championship earlier this month, the former UFC and Bellator lightweight champion is looking to close out his career stateside. Now that he’s free to talk to other promotions — and is open to return to the UFC or Bellator if the price is right — he wants the next generation of fighters to learn from his experience.

“I would love to consult with younger fighters just to explain to them the business of this sport, because no one values free agency and understands the power in it once you’ve made a name for yourself, or won a world title,” Alvarez said on The MMA Hour. “I think fighters will complain that they can’t get out of a contract, they can’t do this, but you have to remember the first day you signed that contract, you were happy with it, right?

“Now, the key is to add value. Let’s say the contract is six fights, you have to add as much value to yourself and to that promotion during those six fights as possible. That way, you’re more valuable outside of the contract, but you have to leave the contract. You can’t allow a company to come in a fight or two before your contract [ends], to re-sign you for another six and eight [fights]. You can’t do that, because you’re killing yourself.”

While there are fighters who have made their contract statuses quite public over the years, Alvarez isn’t sure why there’s such a disconnect between the fighter, the fighter’s team, and the promotion they compete for. When it comes down to it, Alvarez believes that it all begins by looking in the mirror.

“I don’t know if the resentment is towards the promotion, but it should be geared back at the manager or the fighter themselves, yelling, ‘Why do you keep re-signing?’ Because the biggest value of free agency is being able to find out what you’re worth,” Alvarez said.

“I don’t know who to blame. If I ran a business, and I have multiple businesses, I don’t know if I would do anything different. I would try to get my products for as cheap as possible, sell them for as much as I can, and I think that’s what the top companies do. They try to get us for as cheap as possible, then try to sell us to a larger audience for a lot more for their gain of profit.

“It’s up to me, the product, to go, ‘I need to find out what I’m worth.’ It’s my responsibility. Nobody’s going to give a f*** what I’m worth more than I should. I should care more than anyone. Figure out what’s my number [everywhere], that way I can negotiate properly.”

With Nate Diaz recently fighting out his UFC contract, Alvarez sees value in a legends matchup with the Stockton, Calif., star, because it’s a rare thing to have two big-name fighters not tied to a major promotion.

During one of his free agency stints, Alvarez said he spoke to two-time Bellator opponent, and current UFC lightweight Michael Chandler about trying to set up a trilogy fight; they stand at a win apiece following two incredible battles.

“Nate is free, and I’m free, and this hardly ever happens,” Alvarez explained. “That happened with me and Michael Chandler at a certain time, and I called [him] on the phone and said, ‘Hey man, don’t go signing with anyone, let’s go walk into an office together.’ I think it’s more beneficial to walk in as a matchup to a promoter together, and that we can make a lot more money that way.

“He said it’s a great idea to me, and I left the conversation hopeful — then I didn’t hear from him, and I heard he re-signed with Bellator. I was discouraging. I guess you have to hope that your rival becomes your teammate at least for five minutes, but that didn’t work.”