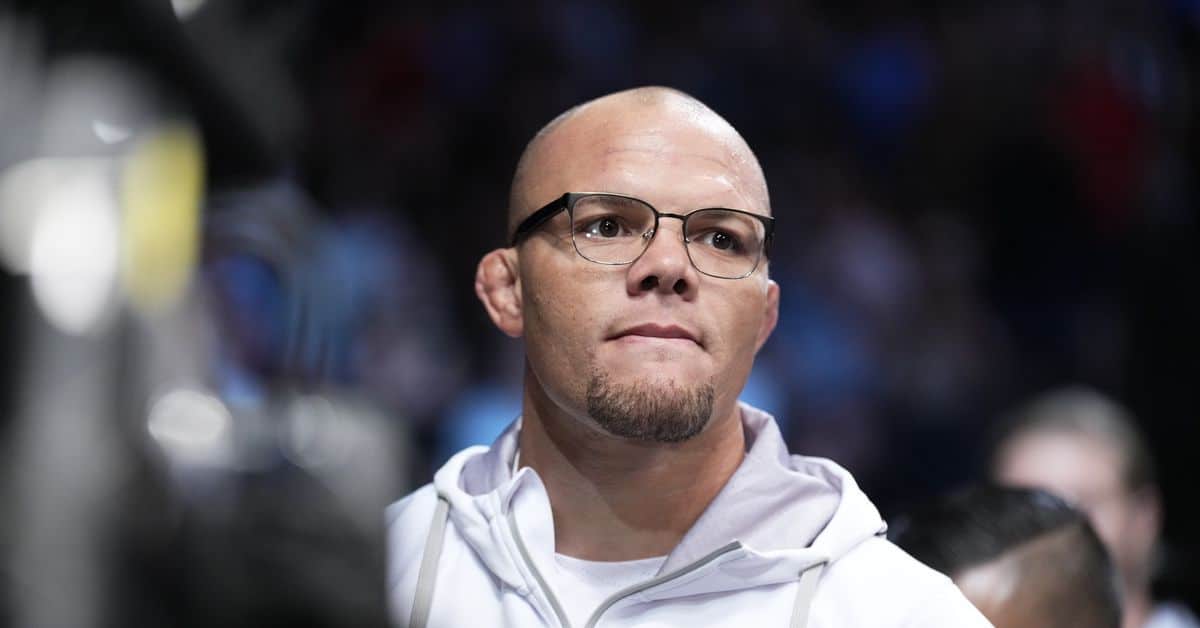 Anthony Smith understands why the recent light heavyweight shake-up had to happen, but that doesn’t make him any less upset about it.

Following a split draw in the main event of UFC 282, UFC President Dana White announced that the promotion was pivoting to a vacant light heavyweight title fight between Glover Teixiera and Jamahal Hill at UFC 283.

There was only one problem: nobody told Smith.

Smith, who was scheduled to face Hill in the main event of a Fight Night card in March, was working as an analyst on the UFC 282 post-fight show on ESPN and found out he lost the Hill fight in real time, resulting in his obvious disappointment coming out on air. Speaking with Ariel Helwani on The MMA Hour, Smith explained exactly how everything went down and how he’s felt since then.

“[ESPN producer] Jake [Lebowitz] came in my ear, I’m not even exaggerating, maybe three seconds before it came out of [ESPN broadcaster Ashley Brewer’s] mouth,” Smith told. “Credit to Jake for trying to do his best to give me the best heads up he could, but it was as fast as they could get it to me. Jake popped in and said, ‘Hey, heads up, they’re going to announce Jamahal Hill vs. Glover for the title,’ and then she said it, and I was like, ‘God damn it.’ It sucks.”

“I’m not trying to pretend that I’ve got a terrible life or whatever, but I’ve just been on the wrong end of it for awhile,” Smith continued. “Since the [Ryan] Spann fight, it’s been nothing but terrible s*** happening. I had to have surgery after the Spann fight, then the staph infection, then I battled back from that and right when camp starts my mom dies, then I battle through the training camp, then I break my ankle in the [Magomed] Ankalaev fight when I felt like it was going well, and then surgery, then I battled back from that, and I thought the Jamahal Hill thing was going good, I was starting to get to a positive place, dealing with the loss of my mom and other personal stuff, I just battled through it, and personally, I was really starting to turn the corner and getting to be in a really positive spot, and then this happens. It wasn’t directed at anybody specifically, because I understand all parties involved. I understand their positions and everyone has to do what they have to do, but I was really angry. …

As far as how the whole situation played out, Smith isn’t harboring any ill will, saying that he thinks it was a simple oversight. He went on to explain that he’s mostly just upset about missing out on the opportunity to face Hill, someone that he respects, but that he can understand what the UFC’s position and why they felt they needed to make the shuffle.

“It was just that I lost the fight,” Smith said. “That I lost the fight. Jamahal’s on a run, he’s streaking, it’s a fantastic opponent, I like Jamahal. I was kind of pumped. I get to go in there and I get to fight someone that I actually really like. There’s no bulls***, there’s no drama, there’s no trash talk, we just go in there and we do the damn thing and the cards fall where they fall. I was really excited about that. And then it would have put me into a really good spot. …

“It seems like they’re trying to close an open circle. With Jiri kind of relinquishing the title and them like, ‘Oh, this works out perfect. We have this fix, where we have two top-level light heavyweights, one’s already held the title before and one’s right in title contention, let’s make that fight.’ So that’s supposed to close the loop, and when that doesn’t happen, I honestly think that Brazil is a fantastic market for the UFC. I think there’s some intrigue there, and they’re trying to add to that card, and I think that they owe Glover, so I think that’s some of it. ‘Alright, this is an opportunity to get Glover back, add some pop to that card.’

“It makes sense, because what do you do if it’s not those two guys? I think you can make that fight right now, because there is not champion, and let’s get this moving, but if you start putting time, it gives a lot of people opportunities to start inserting themselves and start making arguments. It’s easier just to make it right then and there, and I get that. The wheels of business have to keep turning.”

Regardless of the reasons, the sudden change still leaves Smith holding the short end of the stick right now. “Lionheart” did mention that the UFC raised the possibility that he might serve as a backup for the Teixeira-Hill fight, and said the promotion is “adamant” that he will still fight in March if not, but they don’t have an opponent for him yet. And for Smith, he’s not too particular about who that will be, though he did throw out one possible fight that appeals to him.

“That Johnny Walker–Paul Craig fight is super interesting, and honestly, I could care less about Johnny Walker. I’ll fight him or not fight him, it doesn’t matter to me, but I’ve always wanted to fight Paul Craig. Not in any — there’s no disrespect…it would just be a fun fight. He’s a cool guy, he’s really funny, and his claim is he’s got the best jiu-jitsu in the division, and I disagree and it would just be fun to figure it out. I think it would be a fun fight.”

Craig faces Walker at UFC 283 on Jan. 21. Meanwhile, Smith has not competed since losing to Magomed Ankalaev at UFC 277.